Nexstar moves the veteran television and marketing executive from Lansing, Mich., to lead its Fox affiliate in Sacramento, Calif.

New jobs posted to TVNewsCheck’s Media Job Center include openings for general managers at Nexstar stations in Denver and Sacramento, and at Morgan Murphy Media’s outlets in Victoria, Texas.

Following its acquisition of KTXL, Nexstar Will Launch Fox40 News at 7 PM, the market’s only local 7 p.m. newscast.

Tribune’s Sacramento Fox affiliate promotes her from assistant news director to the top spot in the newsroom.

The head of Tribune’s Fox affiliate in California’s capital is leaving this week after almost five years at the station. In an email sent to co-workers on Wednesday, Del Core wrote: “A week ago my boss said she wanted to make a change in the station’s leadership.”

After 10 years as ND at KTVU San Francisco, he will lead the news operations at Tribune’s Fox affiliate in Sacramento, Calif.

News Director Out At KTXL Sacramento

Brandon Mercer, news director for the Tribune-owned Fox affiliate, is no longer with the station. Mercer wrote on his twitter feed, “Leaving one opportunity for another. Just need to figure out what it will be. I will always love @FOX40, the most amazing staff and GM.” 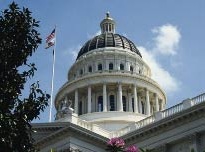 Surrounded by the flashier digital markets of the Bay Area and Silicon Valley, digital players in California’s state capital have made a splash with innovative hyperlocal and social efforts.