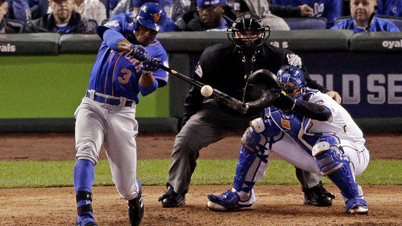 It’s facile to suggest that football’s popularity is up and baseball’s is down because football stuck with broadcasting and baseball migrated to cable. Many other factors are surely involved. But I think the choice of medium has certainly been a factor, maybe a big one.

The National Football League and DirecTV are in advanced discussions to renew the satellite TV provider’s exclusive Sunday ticket package in a multi-year agreement, sources confirm.

The official auto sponsor of the NFL has opted out of the Super Bowl this season, but it will be active throughout the seasons with flashy events — drop by Times Square this week, ticket giveaways, social media outreach and conventional 30-second spots.

NFL Near Media Deals Worth $3.2 Billion

The National Football League is close to inking an eight-year extension of three media-rights deals that should earn it a total of about $3.2 billion a year from its broadcast partners, a 60% increase over its prior contract, according to people with knowledge of the talks.

The two parties are holding early-stage talks about renewing Sunday Night Football, a package that has been with NBC since 2006 and is the cornerstone of the fourth-ranked network’s primetime schedule. While the current deal doesn’t expire until 2013, sources say NBC wants to get a deal done early as it prepares to negotiate higher retrans fees from cable and satellite operators.

Congress and the FCC are about to get an earful from the Sports Fans Coalition, which plans to turn its federal lobbying operation against television blackouts of sporting events, particularly National Football League games.

The NFL is changing the way it assesses risk in developing contingency plans for future Super Bowls in the wake of the ice and snow that wreaked havoc on the game in North Texas in February, said Frank Supovitz, the league’s SVP of events.

How The NFL Cultivated The Super Bowl

The Super Bowl’s rise to the zenith of national pop culture events is no accident, but rather due to a savvy marketing strategy that has been amped up over recent years. Through a combination of better cooperation with its television partners, marketing to women and a not-so-subtle linking of football to patriotism, the NFL has managed to expand its reach while most other television properties have shrunk.

The National Football League prodded Toyota Motor Corp. to edit a television commercial, removing an image of a helmet-to-helmet tackle at a time when the effects of concussions have come under heavy scrutiny, representatives of both sides said. The Japanese automaker, one of the largest corporate advertisers, changed the TV ad after the U.S. sports league complained and warned that the spot would not be allowed to air during its highly watched games.