Back to TVNewsCheck Home
NATPE 2012

Telemundo chief Emilio Romano spent part of a NATPE appearance touting Comcast’s commitment to the Spanish-language broadcaster. Comcast has invested heavily to grab rights to the World Cup away from Univision after 2014.

NATPE Wraps Up: Change Is Everywhere

Big Hollywood companies and glitz were back, but now they stand alongside the growing digital contingent and lots of international buyers and sellers.

Sook: Stations Could Get $2 Per Sub Retrans

A NATPE panel offered predictions on the future of retransmission consent at stations. Deb McDermott of Young Broadcasting said that she was not opposed to sharing the retrans revenue with the networks “as long as it is the right division of revenue — as long as they don’t get greedy.” And Nexstar’s Perry Sook suggested that even sending half of the revenue to the networks is not unreasonable.

Sook: Stations Could Get $2 Per Sub Retrans

A NATPE panel offered predictions on the future of retransmission consent at stations. Deb McDermott of Young Broadcasting said that she was not opposed to sharing the retrans revenue with the networks “as long as it is the right division of revenue — as long as they don’t get greedy.” And Nexstar’s Perry Sook suggested that even sending half of the revenue to the networks is not unreasonable.

TRIBUNE TO COOK WITH ROCCO DISPIRITO

Tribune To Cook With Rocco DiSpirito

The celebrity chef’s new cooking and nutrition show leads a slate of educational/informational series from Bellum Entertainment cleared on all 17 Tribune Broadcasting stations.

Reality TV star, entrepreneur and author Bethenny Frankel to host a daily talk show on Fox-owned stations that will get a six-week preview this summer.

On TV, It’s Still Survival Of The Hit-est

We may live in a brave new video world where it’s tough to tell where TV leaves off and the Internet, your cell phone and your game-system box begin, but it’s still governed — more sternly than ever — by television’s oldest rule: You’ve got to have hit shows.

Even in small markets, broadcasters are generating up to $1 million in annual revenue with a single subchannel, according to panelists at a NATPE session on multicasting.

NBC strategy is unlike other retrans deals, in which TV stations are paid a fee by cable operators, satellite operators and telcos. Harbert wants NBC to negotiate those deals for all its affiliates and stations, essentially negotiating by proxy for all of them. He wants NBC to keep a set percentage of that money. “We believe that, with scale, we can maximize revenue,” he says. “I’m not sure I have the answer how to do that, yet. But I’m working on it.”

At NATPE, she and Jeff Zucker emphasize their desire to do everything that’s needed to promote their new syndicated talk show, including working with stations across the country.

Local Online News to Get TMZ Slant in L.A.

Ping L.A. will take a 180-degree turn away from the conventions of most local newscasts in everything from the set to the way stories are delivered, all with a view to capturing the elusive 18-24-year-old demographic.

Me-TV, Memorable Entertainment Television announced today from NATPE an agreement with Broadcast Partners LLC and its Classic  Media Library.  Me-TV will be adding a weekend morning animation block featuring multi-generational favorites such as Gumby, Mr. Magoo, He-Man and She-Ra.  The programming will be added to the Me-TV schedule beginning in the second quarter of 2012. […]

Peter Rodgers Organization (PRO) has acquired the domestic rights for all 22 episodes of the television series Conan: The Adventurer and 48 episodes of Acapulco H.E.A.T. Both programs have 60-minute episodes. Headed by CEO Steve Rodgers, PRO has a library of more than 2,000 films and also serves as the representative for the owners of […]

To Steve Harvey, Syndication’s No Joke

The serious multi-tasker expects to work in tapings of his new NBCUniversal syndicated talk show around his other gigs as syndicated morning-drive radio personality and host of Debmar-Mercury’s Family Feud. Something has to give, however, and it will be his standup comedy. But he says he’s not giving up humor: “I want to do a daytime show that is inspirational, uplifting and insightful. Then, the twist I’m going to put on it is that, in the middle of the day, it’s going to be funny.”

Oprah is long gone — she taped her last show for broadcast syndication eight months ago — but her presence (or absence) is still being felt throughout broadcasting and will pervade the NATPE conference next week in Miami Beach. She’ll continue to be the measure by which every other talk show evaluates itself and the subject of countless conversations about her impact on broadcasting.

The 43-year-old says her goal for her new Twentieth talk show that launches this fall is “conversation that everyone is a part of. It will be elevated content that women 25-54 can relate to. At my age, the TV I watch has to have some substance. That’s what we’re hoping to achieve. It will offer a lot of takeaway.”

Multicast programmers will be at this month’s NATPE exhibition hoping to expand and improve their affiliate lineups. And their growing importance to the industry is reflected in the show’s scheduling of a panel dedicated to the business on Monday afternoon (Jan. 23) featuring representatives of Me-TV, Antenna TV and Live Well.

Among this year’s Digital Luminary Award recipients is Web giant Yahoo, recognized by the trade organization for leadership in the digital category.

As host of one of a batch of syndicated talk shows getting set to debut this fall, the longtime Survivor host says there’s room for all of them. “The reason is that a talk show lives or dies with its host. Everyone brings their own strengths. I don’t see it as a threat.” And he says his experiences on Survivor will serve him well: “Dealing with people from all walks of life, who are in extreme conflicts, for almost 13 years … will play into the talk show. That’s where I’ve had the opportunity to hone the craft of interviewing.”

NATPE Expects 5,000-Plus For Miami Confab

Organization CEO Rick Feldman says the annual gathering, set for January, “will be the best representation of domestic broadcasters in a long, long time.” He said four or five stations groups are each sending more than 10 people.

Phil Kent, Chairman and CEO of Turner Broadcasting System, Inc., will be the opening morning keynote speaker at NATPE Content First. NATPE will take place in Miami Beach from Jan. 23 to 25, 2012, at the Fontainebleau Resort. “Phil has a broad portfolio,” said NATPE President-CEO Rick Feldman. “Because of all the content that Turner […]

The group’s CEO, Rick Feldman, outlined changes in store for next year’s gathering in Miami Beach to solve problems including overcrowded elevators and adding more exhibit space and meeting rooms. 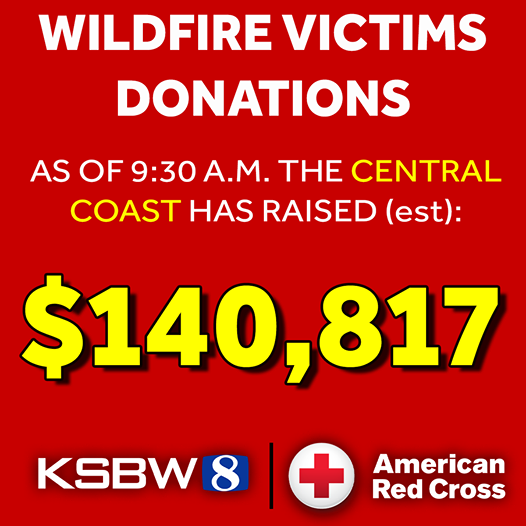