Back to TVNewsCheck Home
DMA 13 (SEATTLE) 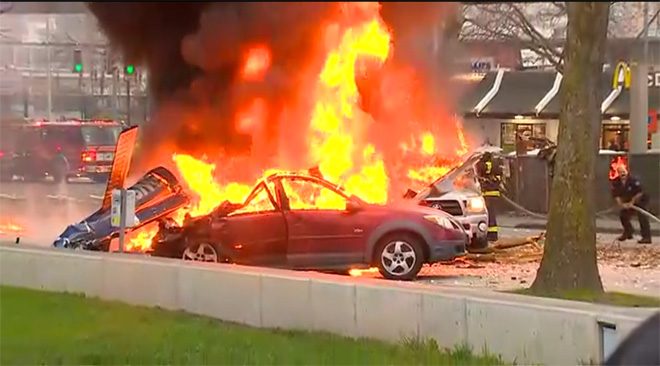 Two people were killed and one was critically injured when the KOMO News helicopter crashed and burst into flames Tuesday morning on Broad Street only yards away from the Space Needle. The two victims have been identified as former longtime KOMO News photographer Bill Strothman and pilot Gary Pfitzner. Two cars and a pickup truck on Broad Street were struck in the crash. Occupants of two vehicles were able to escape without injury, but the driver of a third vehicle was badly burned. Watch KOMO’s live coverage here.