Coronavirus Showing Us How To Live Online

We’ve always hoped that our digital tools would create connections, not conflict. We have a chance to make it happen.

The Coronavirus Crisis Is Showing Us How To Live Online

The news release from Sinclair Broadcast Group’s Circa website speaks of “moving forward,” launching an app and securing news feeds from the company’s national news desk in D.C. What it doesn’t mention: Seven staffers at the company have lost their jobs, well-placed sources have told the Erik Wemple blog.

The national digital platform will roll out a video-driven, live news app next week in conjunction with its national news desk in Washington.

The U.S. linear pay TV market will shrink 26% by 2030, reaching only 60% of households compared to 81% today. That’s the conclusion of research firm The Diffusion Group in its latest report, which analyzes the impact of virtual MVPD services including Sling TV, DirecTV Now and Hulu Live on the incumbent pay TV marketplace.

Diehards.com is designed for fans of the ACC, Big 10, Big 12, PAC-12 and the Southeastern Conference. Texas Pete Hot Sauce and Zaxby’s are ad partners.

What was once an imaginative mobile news app has become a big part of Sinclair’s national strategy — one that critics say pushes its conservative views on audiences.

DirecTV may be considering launching a YouTube-like TV channel that would display user-generated photos and videos, according to company documents filed with the U.S Patent & Trademark Office. The satcaster has filed for a trademark for a channel that would be called, My View, described as an online social networking service offering “user-generated photos and videos delivered on a dedicated subscription-based television channel.”

The CW has posted a nearly four-minute, stand-alone epilogue wrapping up Frequency and an extended series finale for No Tomorrow, both of which resolve key plot points and character arcs so as not to leave fans of the canceled shows hanging.

Twitter’s quickly expanding slate of live programming is now available on Roku devices. The app is accessible to all users with a current generation Roku device even if they don’t have a Twitter account. The new Roku channel will feature Twitter’s original programming and live simulcasts in sports, entertainment, news and politics.

The FCC on Friday released a declaratory ruling making it significantly easier for broadcasters and MVPDs to meet their EEO obligations imposed by FCC rules. These rules for broadcasters and MVPDs requires that these businesses, when filling job openings, widely disseminate information about the openings in a manner that is expected to reach members of all community groups in the area from which employees are likely to be found. 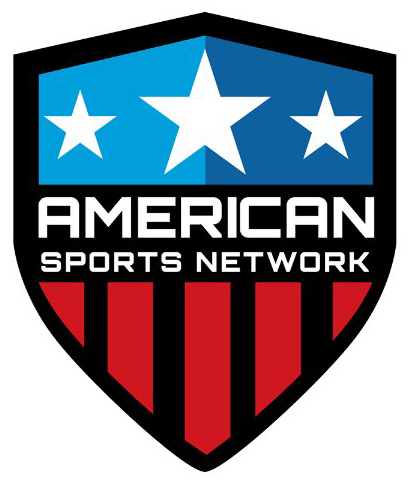 Roku’s new operating system, version 7.6, launched Tuesday with more channel-specific and connected options that take advantage of customer data to target the viewer experience. These options will ultimately help lead viewers from the content they already prefer and consume to related shows, series, news and sports, as well as specialized advertisements.

Comcast Corp is planning to rebrand and expand a streaming video option for broadband subscribers who do not want to pay for a traditional cable package. The service, dubbed Xfinity Instant TV, will be priced as low as $15 a month to roughly $40 a month, sources said. It will include major broadcast networks as well as add-on options for sports channels like ESPN and Spanish language channels such as Telemundo and Univision.

Comcast Corp. has acquired rights from cable network owners to offer their channels nationwide, according to people familiar with the negotiations, giving the biggest U.S. cable operator a backup plan if rival online-TV services catch on with consumers. The rights allow Comcast to sell video service for the first time outside its regional territories, which include Chicago, Boston and Philadelphia, said the people, who asked not to be identified discussing private information.

Brian Robbins, the co-founder and chief executive of teen-focused online video network AwesomenessTV, is leaving the company after five years, he told staff Wednesday. Robbins did not cite a reason for his exit.

Esquire Network To Move From Cable To Online

NEW YORK (AP) — Esquire Network said Wednesday it is shutting down as a cable channel and will transition into a digital online outlet. The Esquire online network will launch this spring, around the time the cable channel goes dark. The TV channel had struggled as major cable providers dropped it from their lineups. A […]

How To Watch The Olympics Without A TV 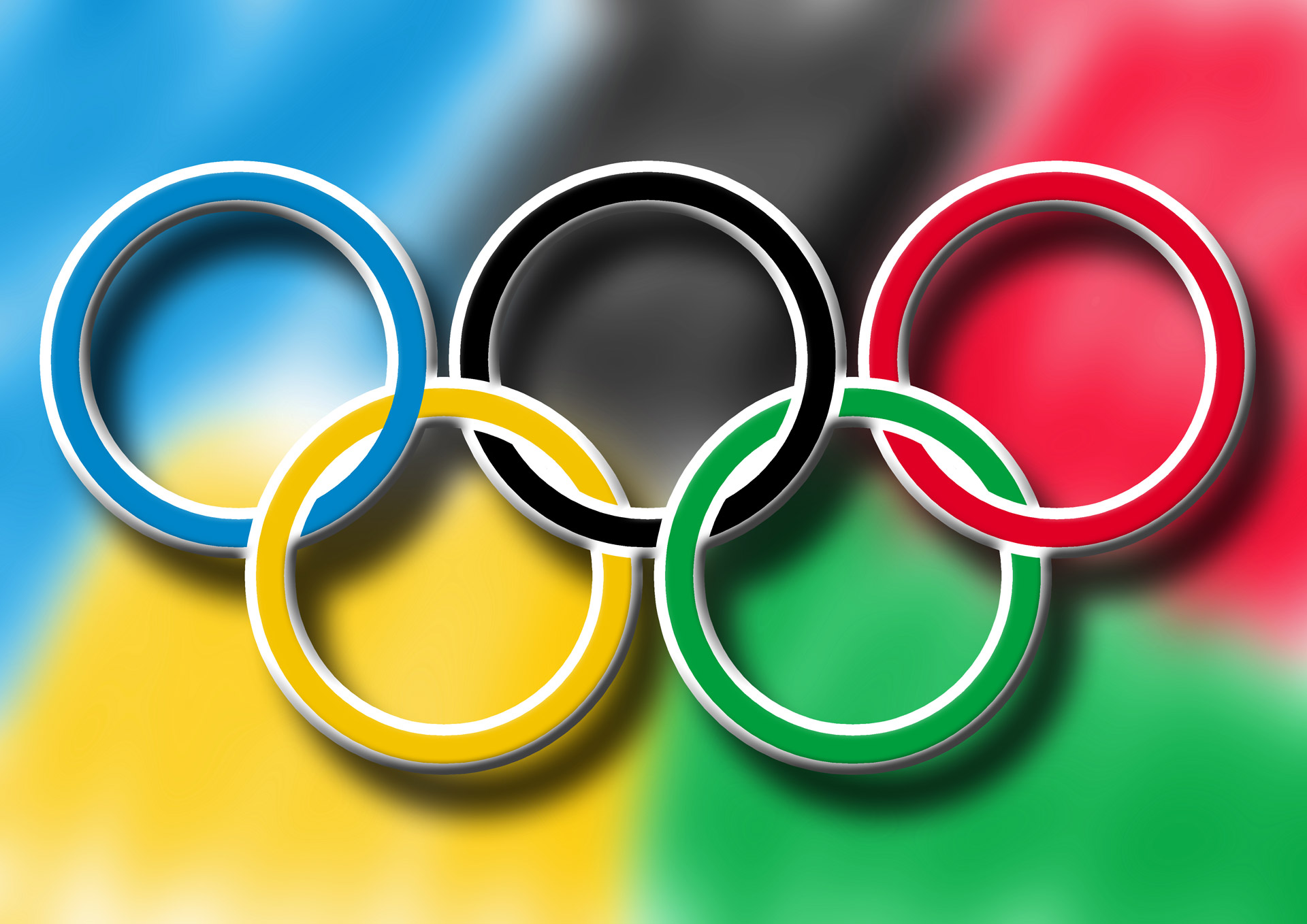 NBC is making 4,500 hours of Olympics coverage available at NBCOlympics.com and the NBC Sports app, starting with preliminary soccer events on Wednesday, two days before Friday’s formal start of the Olympics. The online coverage includes every single event live. Here’s how to watch the Olympics online, depending on the subscriptions you have.

Univision News has launched an interactive digital tool designed to help U.S. residents who have applied for citizenship to prepare for the official examination required by the United States Citizenship and Immigration Services (USCIS) as part of the naturalization process. Simple and user-friendly, the Citizenship Exam Tool provides a practice test featuring the 100 questions that appear on USCIS’s […]

Meredith Is Producing 500 Videos A Month

That’s double what the publisher of Martha Stewart Living was producing last year, Jemma Brackebush reports. She looks more closely at the company’s centralized approach with a team of 30 taking a lot of guidance from audience data, along with its more experimental efforts on Facebook Live.

With live viewership of most U.S. TV channels in decline, the most-watched networks are trying to lure audiences back by making it easier to catch reruns. As they unveiled their 2016-17 program schedules last week in New York, the four major broadcast networks acknowledged the need to offer viewers on-demand access to current shows, a prize known as in-season stacking.

How To Watch Baseball Online In 2016

NEW YORK (AP) — It’s a little easier to watch baseball online this year, though no one would call it safe at home quite yet. Major League Baseball has broadcast games over the Internet since 2002, but always with one huge catch: A blackout on all local team games – both home and away. That […]

Vimeo Ramps Up Production Of Originals

Tegna’s effort to overhaul local news is manifest in Inside the Triangle, a six-week investigation into heroin usage by the group’s Atlanta NBC affiliate. So far it’s been available only online, generating close to four million page views. “Everybody has talked for years about trying to change the formulaic product that we produce,” says Tegna’s Ellen Crooke, “and Tegna is devoted in 2016 that we’re going to do something about it.”

Sinclair Broadcast Group is bringing an online lifestyle magazine to Greater Washington. D.C. Refined will provide coverage ranging from travel to sports to fashion to food to arts, said Laura Wainman, the site’s managing editor. The Web-based culture outlet will fall under the umbrella of Sinclair’s ABC affiliate WJLA, according to Wainman.

QVC Cashing In On The Second Screen

A focus on real-time data is one reason why the 24/7 pageant of panini makers, flameless candles, anti-aging creams and ankle boots has, despite QVC’s fusty reputation, quietly outmaneuvered other retailers in remaking itself for the digital era. QVC has seen online sales soar to 45% of its total U.S. sales by trailblazing on one of the most vexing challenges in retail today: getting people to buy, not just browse, on their phones and tablets.

Netflix has Friends. Hulu has Seinfeld. Amazon has The Sopranos. But where does one go to watch the all-but-forgotten cheerleading dramedy Hellcats? The CW Seed app, of course. Now, CW, a joint venture between Warner Bros. and CBS Corp., is looking to build out Seed at a time when TV networks are trying to ride the Internet TV wave and stay relevant in an on-demand world.