Back to TVNewsCheck Home
Q&A

Roker Media’s On A Live-Streaming Mission

Roker Media in New York City bills itself as the “first live streaming network” that “lives at the intersection of brands, influencers and audiences.” It produces live programming as well as a slate of shows that appear on different platforms, which are produced relatively inexpensively. Chairman Al Roker (yes, that Al roker) and co-founder Ronald Pruett Jr. talk about what they’re doing and why. 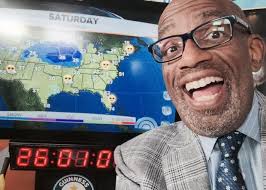 Al Roker has launched Roker Media, a live streaming content and ad network, with a view to having a early-mover advantage in the space. His partner is Ronald C. Pruett Jr. (of As Seen on TV provenance), and they’re focusing on personality-driven programming and signing on social influencers, along with monetizing via product placements and show sponsorships instead of pre-roll.