U.S.-based programs until a trip to foreign shores revealed how serious the problem really is. After traveling to Europe this summer, he said, he could not help but notice how quickly video of shows like his studio’s Breaking Bad were turning up dubbed and subtitled for specific countries. And he realized piracy “is going to kick us in the gut financially down the road.” As a result, Mosko said while speaking at NYC Television Week, Sony Pictures Television is looking at a variety of methods to combat the phenomenon.

The household rating for Sony’s Queen Latifah was up 15% from its year-ago time slot average and up 7% from its lead-in, according to Nielsen. Syndication’s other big daytime newcomer Bethenny has not fare as well.

Sony Pictures TV Goes All In With ‘Queen’ 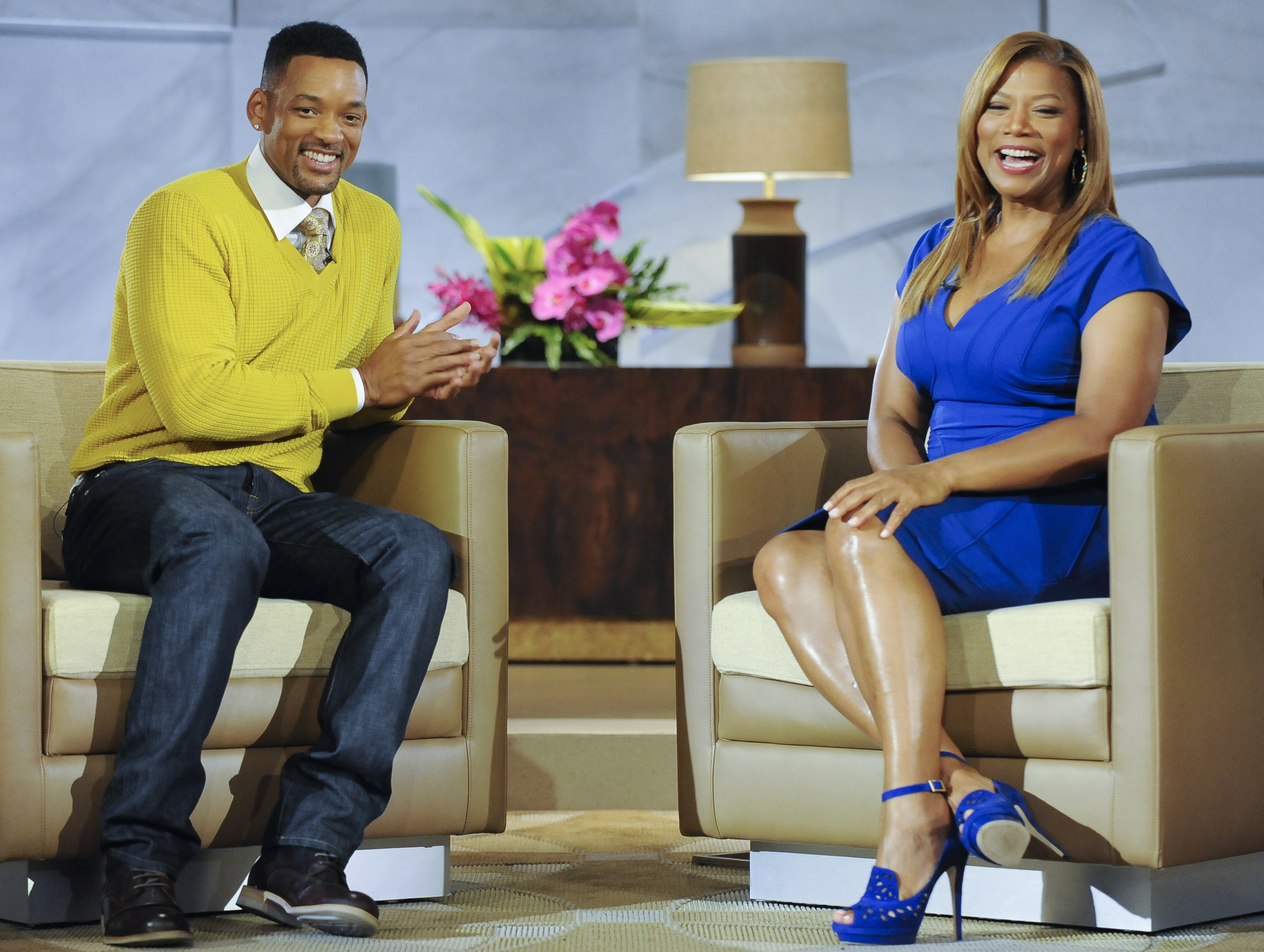 The syndicator is betting big on upcoming talk-variety strip Queen Latifah: high-profile producers, top-tier stations, big-name guests (that’s Will Smith above), a sparkling set and an extensive, multimedia promotional campaign that is just now taking off.

In the top five markets, the Sony Pictures talker that debuts Sept. 16 will air at 2 p.m. in Los Angeles, Chicago and Dallas; 9 a.m. in New York; and 3 p.m. in Philadelphia.

Sony Pictures Television has gone largely underacknowledged, but that is changing, partly because of prodding from one of its largest shareholders. Sony Entertainment, which produces cable hits like Breaking Bad and the lucrative Dr. Oz Show, has historically provided very little financial transparency, reporting its film and TV operations on a combined basis, for instance. Analysts can only guess at how much money the TV side generates, estimating that it now contributes more than 50% of the studio’s operating income.

Sony To Get Local With ‘Queen Latifah’

The promotional campaign for the upcoming show will feature opportunities for stations to shoot the singer-actress in their markets when she comes to record field pieces.

‘Oz’ Facing Challenges On Renewals For 2014 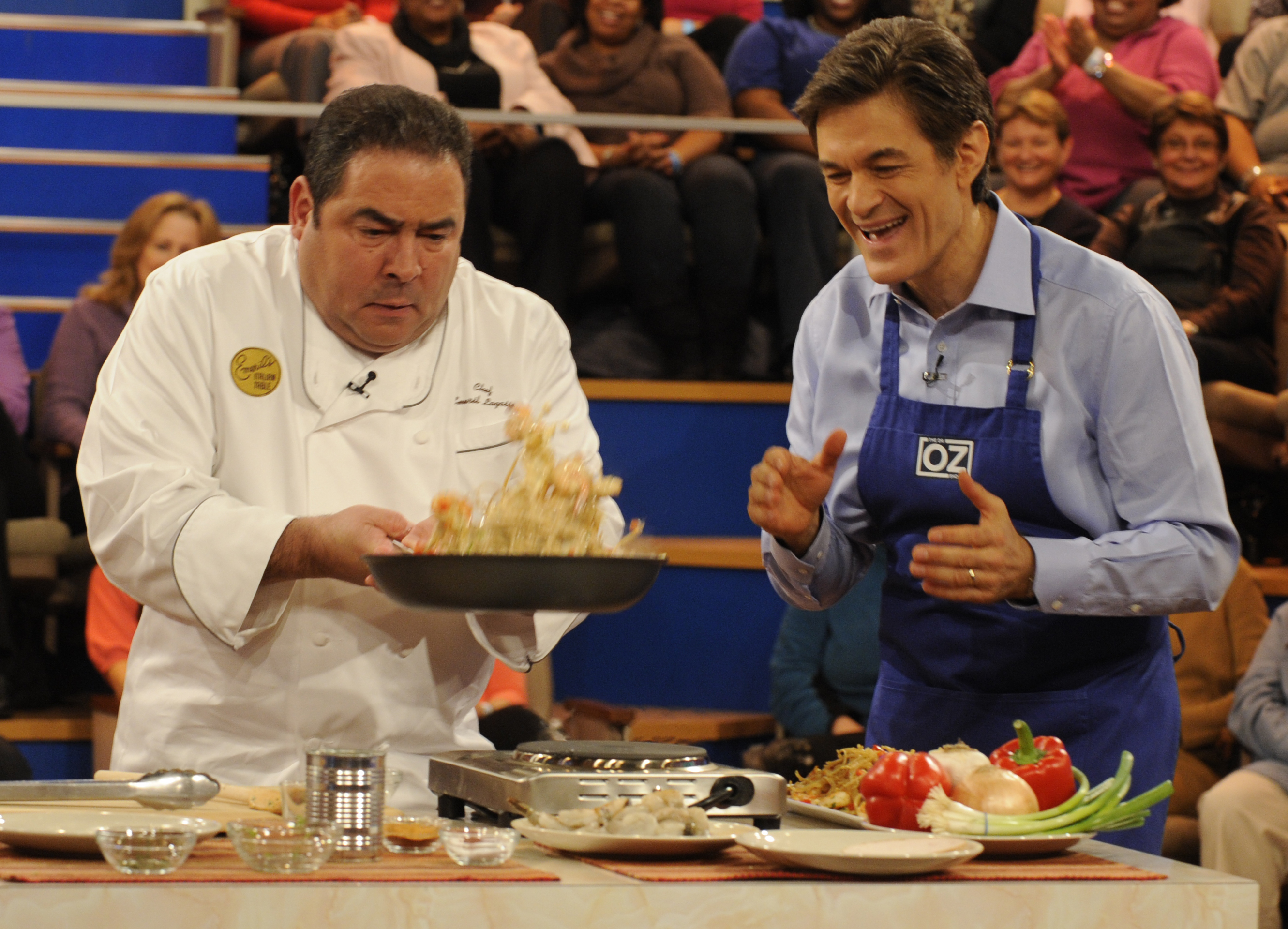 With ratings down and station groups looking to trim costs, Sony’s Dr. Oz is lagging some of its competitors in getting renewed. But Sony’s John Weiser says the show’s quality content, successful website and hard-working host will eventually pay off. “We think the market will treat us fairly.”

The new GetTV diginet featuring classic films from the 3,500 titles in the Sony Pictures library will debut this fall. On board are Univision stations in 24 markets, covering 44% of U.S. TV households.

‘Sanctuary’ Goes To Syndication In Fall

Sony Pictures TV Will Shoot At Least 3 Pilots In 4K

The syndicator’s pitch to stations using highly produced clips that focus on the star’s interviewing celebrities, music and feel-good philanthropic pieces has generated 80% U.S. clearance for its fall launch.”The market really responded to Queen Latifah and the show,” says Sony’s John Weiser, who is wrapping up the final deals with stations.

With a high-profile talk show to sell (Queen Latifah), Sony Pictures Television is figuring that it’s time to return to the NATPE conference. Sony dropped out of the show prior to the 2008 gathering in Las Vegas. This year’s show is slated for Jan. 28-30 in Miami.

The actor, who first gained fame in the 1980s sitcom Family Ties and later headlined Spin City, will star in a comedy that’s in development at Sony Pictures Television for 2013, according to people with knowledge of the project.

Sony’s syndicated TV doctor has become so popular that some magazines, like Woman’s World and First for Women, put him on their covers without his consent. “His television show appeals to our readers because they feel like they’re in the room with him,” says Ellen Levine, editorial director of Hearst Magazines.

The former executive at The Nate Berkus Show, MTV Networks, Chelsea Lately and The Rosie O’Donnell Show will oversee the fall 2013 talker from Sony Pictures Television.

TV personality and music producer Simon Cowell is launching a new talent competition to find the world’s best DJs. Sony Pictures Television and Overbrook Entertainment will be partners in the venture, which has been in development for more than a year.

Flavor Unit Entertainment and Overbrook Entertainment to team up with Sony Pictures Television to develop a syndicated vehicle that would debut in fall 2013.

Sony Steps Up Its Primetime Ambitions

Sony’s television business — rebuilt brick by brick, or at least time slot by time slot — is now driving profitability at Sony Pictures Entertainment. The small-screen side is surging because of an improved hit-to-miss ratio, a leaner structure and overseas channel growth.

A month after Rules of Engagement landed a full-season renewal by CBS, bringing its episode count to 96, the veteran comedy series has been sold in broadcast syndication. Sony Pictures Television has cleared Rules in 45% of the country, including the top three markets, in a series of barter deals with station groups.

At last week’s PromaxBDA Station Summit, syndicators unveiled some of their promotional plans to boost viewership of the various shows vying for the huge audience displaced by Oprah Winfrey’s move from syndication to cable. Celebrity guests, magazine covers, tie-ins to local markets, personal appearances by stars and taking advantage of summer avails are just some of the tactics being brought to bear by promotion teams in markets across the country.

Life Beyond Oprah Comes Into Focus

Appropriately, an Oprah spin-off, Sony’s Dr. Oz, can be declared the nominal Oprah replacement, having snagged her coveted news lead-in slot in more than 80 markets. But it’s no guarantee of success. With Oprah gone in the fall, the time period will be a wide open and highly competitive battleground where it’s quite possible no show or station will carve out  a wide advantage.

NEW YORK (AP) — Sony Pictures Television says Nate Berkus is resting comfortably at home after an appendectomy. The popular designer and talk-show host had the surgery Tuesday. The studio said Wednesday that he is expected to be back at work taping his New York-based “Nate Berkus Show” next week. A protege of Oprah Winfrey, […]