Roughly a gazillion people watch the Super Bowl every year, and if tons of people all watch something, you can bet that something on TV will make lots of people mad. This year’s Super Bowl was no different. Per an Open Records Request filed by SB Nation, enough people filed angry complaints to the FCC about the Super Bowl broadcast to fill 47 pages of emails.

There are only a handful of live events that can capture the attention of people across America. While the telecast of Super Bowl 50 did not have the last-minute heroics of previous championship games, it had something for everyone — including marketers and TV stations. Nielsen analyzed household and demographic data for 70 markets to evaluate how the Super Bowl performed at a local level.

A breakdown of the top 100 television markets: Automotive was the top category, with restaurants also big. And hospitals were tops in small markets. Also airing in some markets: political ads.

CBS may have failed to set a new ratings record with its broadcast of Super Bowl 50, but the network’s live stream of the Broncos-Panthers melee established a high water mark for alternative distribution of the big game. The network said its live stream averaged 1.4 million users per minute, shattering the earlier record held by NBC Sports’ over-the-top service, Live Extra. 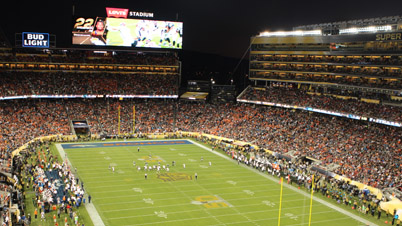 Super Bowl 50 is in the books and with it a massive effort that arguably will reshape the nature of Super Bowl operations for years to come. Why? Simply because of the sheer number of firsts at this year’s big game that might be here to stay.

The big game scores a 49.0 rating in metered-market households, behind only last year’s record-setting contest. More accurate numbers will be released later today. 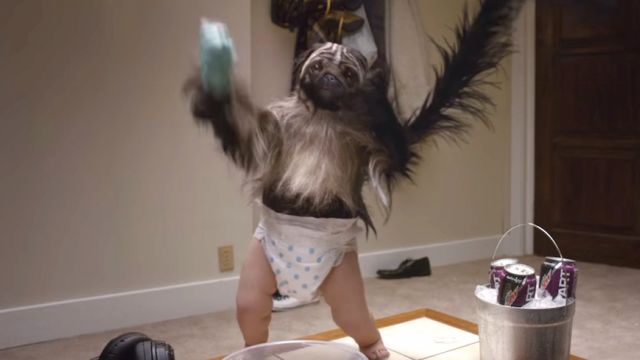 On advertising’s biggest night, Chrysler celebrated Jeep with an ad featuring black-and-white portraits of veterans, kids and pop icons. In Audi’s spot, a depressed aging astronaut remembers his joy for life by driving an Audi sports car with his son. And in a quirky Doritos ad, a fetus in a sonogram appears to rocket out of the womb to chase a bag of chips the mother angrily tossed away.

Political advertisers usually avoid the Bowl, but with key primaries in New Hampshire and South Carolina up for grabs — and the Carolina Panthers in the game — Republicans pile in. 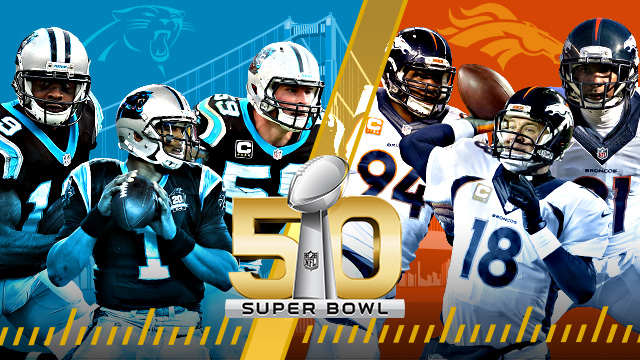 The cost of a 30-second ad is $5 million, and marketers are wrestling with how best to get their money’s worth.

Super Technology For The Super Bowl 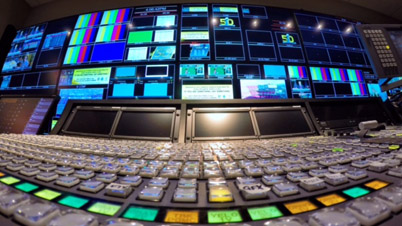 ESPN Deportes may have had just six weeks in which to line up advertisers for its Spanish-language simulcast of Super Bowl 50, but with the Panthers and Broncos set to kick off in Santa Clara, Calif., on Sunday, buyers say el Gran Juego is sold out.

NEW YORK (AP) — Lady Gaga is set to sing the national anthem at the Super Bowl on Sunday. The NFL told The Associated Press on Tuesday that Gaga will sing “The Star-Spangled Banner” at Levi’s Stadium in Santa Clara, California, where the Carolina Panthers will take on the Denver Broncos. Academy Award winning […]

KPIX Gets Inside Scoop On Super Bowl City

The Super Bowl remains advertising’s biggest stage, especially as the broadcast TV audience fragments further thanks to Netflix and other on-demand TV services. Debate over the game-day ads will start on social media before the game and carry over to work the next day, so it’s crucial to stand out, without going so far as to offend. But this year, amplifying a trend seen the past few years, advertisers seem to be playing it extra safe. And that might mean a repeat of last year’s “Somber Bowl,” when viewers were turned off by too-serious ads.

How To Cover A Super Bowl: With 550 Staffers 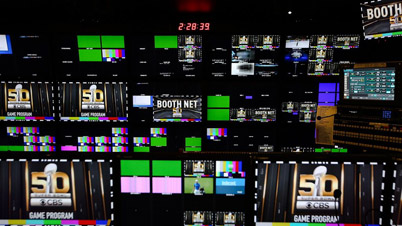 Super Bowl 50 kicks off at 3:35 p.m. PT Sunday, which means that by 6 that morning the CBS Sports compound of 12 trailers at Levi’s Stadium in San Francisco will be buzzing with all the electricity that 32 miles of cable can carry. There are 70 cameras in the stadium, including eight pylon-cams in the end zones, and maybe 100 cameras in all, topped by a cam on the replica Space Needle at California’s Great America next door.

At least four advertisers are buying 30-second spots before and during the big game in New Hampshire and South Carolina markets.

Celebs A Big Trend At This Year’s Super Bowl

They”ll be all over TV screens come Sunday night and the big game on CBS. Other things to watch for: Humor, nearly a dozen first-time advertisers and dot-coms flooding the field. 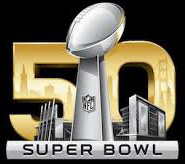 While Super Bowl ads still land the biggest bottom-line punch for companies, pairing those spots with digital ads in the weeks surrounding the big game is the best way to get the most bang for the buck, ad executives say.

Why Super Bowl Ads Are A Ripoff. Or Not

One year after returning to NFL Super Bowl advertising for the first time in 18 years, Nissan is back off the field. The company said Wednesday that it has decided to skip Super Bowl 50.

A replay system will give viewers a 360-degree perspective and higher resolution than previously ever seen for the game. Thirty-six cameras strung around the upper deck of Levi’s Stadium in Santa Clara, Calif., can freeze the moment and revolve around the play before continuing to show the scene. Viewers on Feb. 7 will be able to check out the quarterback’s view from the pocket to other players’ perspectives on the field, and it can be animated, too.

This year’s Super Bowl could top $400 million, with nearly 50 minutes of total TV advertising. With commercials priced at almost the $5 million mark for a 30-second spot, the big sport event on CBS on Feb. 7 could hit more new record levels for advertising revenue, according to media buyers.

TV ads often reflect the mood of the times, but many criticized those that aired during last year’s game as gloomy. This year, despite turmoil in the news, the spots are likely to be more fun.

Pepsi confirmed on Thursday that the 34-year-old singer will perform at the Feb. 7 show at Levi’s Stadium in Santa Clara, Calif. Last month, Coldplay announced it would perform at the halftime show. Beyonce and Coldplay recently collaborated on the band’s new album, A Head Full of Dreams.

GoDaddy A NoDaddy For Super Bowl 50

After a controversial Super Bowl spot last year, GoDaddy will not be returning for Super Bowl 50 in February. It’s part of the Web domain company’s effort to reposition its marketing strategy.

PayPal will invest big bucks to introduce its “global vision for the future of money” in a 45-second commercial during the first quarter of Super Bowl 50.

Acura Coming Back To Super Bowl

Acura is returning to the Super Bowl after a four-year absence. The Honda-owned brand will run a spot in the first quarter that will feature the NSX supercar, which begins shipping this spring.

CBS is keeping a few of its last available in-game Super Bowl spots available in anticipation of the inevitable zero-hour bid from a movie studio desperate to court the favor of the year’s biggest TV audience. A last-second buy for 60 seconds of airtime would fetch well north of the $10 million CBS says the same investment would have cost back in August.

Katy Perry starred in the most-watched Super Bowl halftime show in history earlier this year, when more than 118 million viewers tuned in to see her perform with Lenny Kravitz and her now-famous dancing sharks. Previous halftime headliners include Bruno Mars, Prince, Beyonce, Madonna, Bruce Springsteen, U2 and the Rolling Stones.

Super Bowl 50 is still six months away — but the NFL championship game has already put some impressive numbers up on the board: A 30-second spot will cost $5 million for the first time. CBS, which will air the game on Feb. 7, confirmed Wednesday its TV network has sold an ad for that amount. Last year, the going rate on NBC was $4.5 million.

For nearly half a century, the only way for the average consumer to see all the glitzy commercials that accompanied the Super Bowl was to watch a broadcast of the game on television. In 2016, CBS intends to shake things up, by live-streaming — in as close to real-time as possible — every single national ad that supports its Feb. 7, 2016, telecast of Super Bowl 50. The maneuver is one that could have seismic ramifications for the media business, as it essentially forces the event’s big-spending sponsors to consider online impressions and TV ratings at the same time, not separately, as has been common practice.