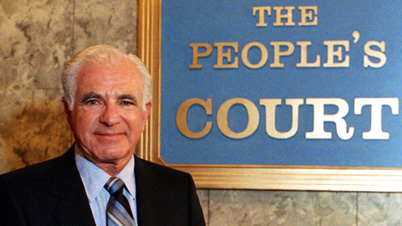 The People’s Court, on which Wapner decided real small-claims from 1981 to 1993, was one of the granddaddies of the syndicated reality shows of today. His affable, no-nonsense approach attracted many fans, putting The People’s Court in the top five in syndication at its peak.