How Local Can Do ‘Snow Fall’ On A Budget 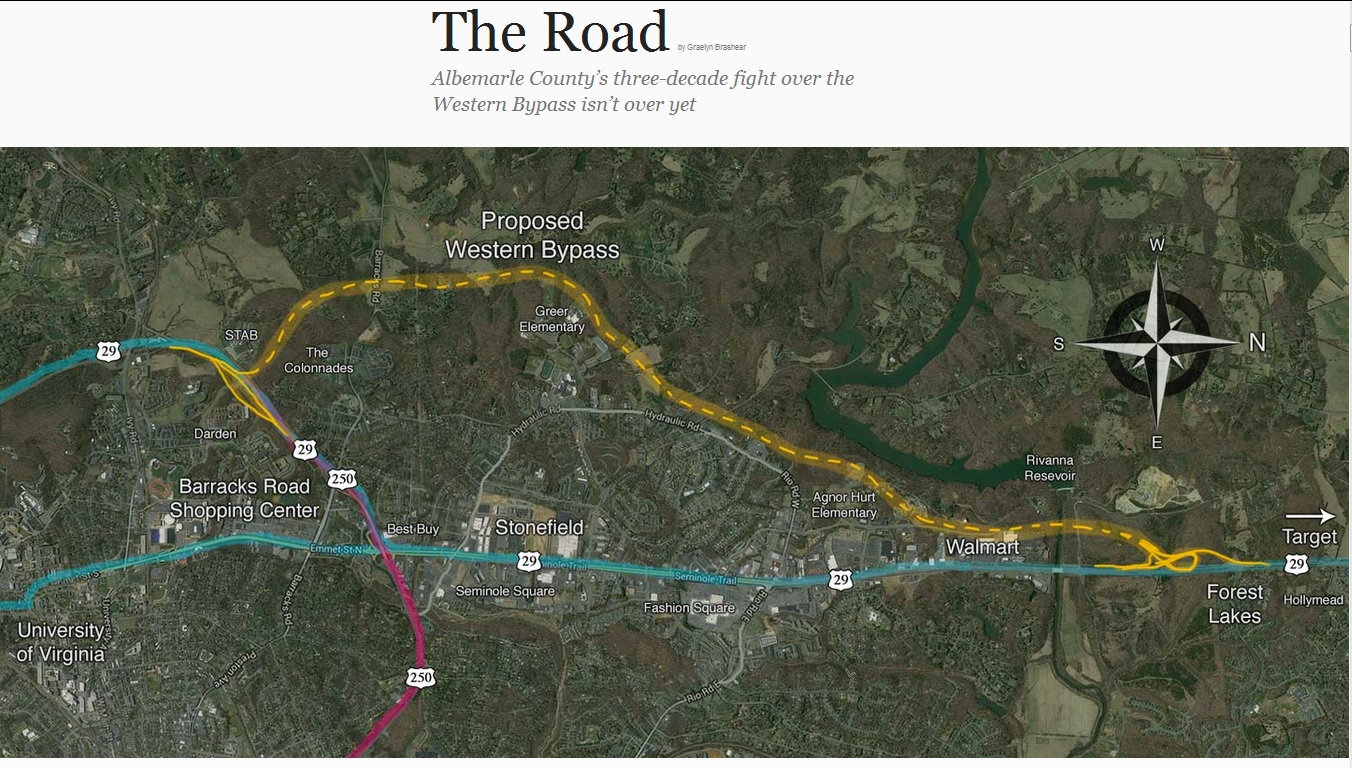 Late last year, The New York Times made waves with its interactive feature “Snow Fall: The Avalanche at Tunnel Creek.” The Pulitzer Prize-winning feature spawned a number of similar big-budget projects at other publications. But Charlottesville, Va., alt weekly C-Ville Weekly, with its newsroom staff of five, teamed up with Vibethink to use the “Snow Fall” treatment on the story of a proposed bypass in Albemarle Co., Va., and successfully pulled it off, even with its tiny budget.