Back to TVNewsCheck Home
Q&A WITH PETER LIGUORI

Liguori: How To Transform A Mature Media Co. 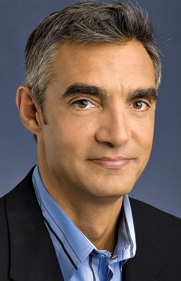 Peter Liguori, the longtime television executive, was appointed the new chief executive of the Tribune Co. in 2013, just two and a half weeks after the newspaper and TV company emerged from an agonizing four-year bankruptcy process. He swiftly moved to spin off the publishing business and rebrand the company — now called Tribune Media — as a kind of 167-year old start-up focused on television. His strategy is built on three pillars: local television, data and the conversion of WGN America, a onetime superstation, into a national entertainment network.

Meredith Corp. is interested in buying some of Tribune’s broadcast TV stations, according to people familiar with the matter, who asked not to be named because the discussions are private. Meredith would be particularly keen on some of the 19 stations Tribune added when it acquired Local TV in 2013, one of the people said. Tribune also plans to speak with private equity firms interested in expanding their media portfolios, one of the people said.

Is This The End Of Tribune Broadcasting?

The news that Tribune has hired firms to study “strategic and financial alternatives” doesn’t necessarily mean the storied broadcaster will sell off all its stations.That would be tough to do. Besides, Tribune has plenty of other assets it could sell to placate its large shareholders and boost its share value.

Last year’s expansion of local news and baseball in New York and Chicago has CEO Peter Liguori feeling good about prospects for the station group this year, but there’s no word for analysts on the possible sale of assets, the incentive auction or the stalled negotiations on renewing the CW. The company also felt compelled to register a $74 million write-down on two off-network shows that have underperformed on WGN America, Person of Interest and Elementary.

Revenue decreases 3.4% to $464 million, pegged to a $46.5 million decrease in net political advertising revenues that was only partially offset by a 27% increase in retrans and a 2.6% gain in core ad revenue. It says it has retained advisers to consider “strategic and financial alternatives.”

Tribune’s WGN Complex Up For Sale

Tribune Media is divesting more Chicago real estate. Just months after putting the city’s iconic Tribune Tower on the block, the Chicago-based broadcasting and content development company has announced it is selling  the home of Tribune Media-owned WGN-TV that comprises a 10-acre lot with a building housing the CW affiliate and sibling cable news outlet CLTV staff and a surface parking lot.

Subscribers to AT&T’s DirecTV and U-verse don’t have to worry about losing access to Tribune Media’s TV stations and WGN America. The companies say that they have a multi-year agreement to continue carriage. The previous deal expired on Sept. 30 and was extended to Oct. 20.

AT&T and Tribune Media on Friday entered into a quiet phase, nearly 48 hours after the last announced extension to a legacy broadcast retransmission agreement between Tribune and AT&T’s U-verse platform expired.

“Final” talks continue between Tribune Media and AT&T U-Verse, more than two weeks after a retransmission agreement expired between the cable company and the station group. If they don’t reach a deal by the latest deadline of Oct. 20, U-Verse subscribers could lose access to the stations.

Negotiations to avoid blackouts of more than 100 TV stations carried by DirecTV and U-verse extended well into the night on Wednesday as both companies faced midnight ET deadlines on contracts with two large station groups. DirecTV and Media General late Wednesday agreed to push the deadline by three hours to midnight PT after a marathon negotiating session for retransmission consent rights to 62 stations. U-verse’s talks with Tribune Media for a new retrans pact covering 24 stations stretched late into the night on Wednesday.

More than 150 TV stations run by Tribune Media, Tegna and Media General could disappear late Wednesday/early Thursday from Dish, DirecTV and AT&T U-Verse if carriage deals between the stations and system operators lapse. Each case appears to come down to price.

CEO Peter Liguori tells analysts today that his company is discussing with Fox, Univision and Ion how best to approach the FCC’s spectrum auction.

A 2% decline in core is offset by increased political money and a 68% increase in retrans revenue.

Tribune Media CEO Peter Liguori can’t wait for the 2016 presidential race to begin in earnest. Tribune’s TV stations raked in about $150 million-$155 million in political ad dollars during the 2012 presidential election cycle. “We’re going to crush that number in 2016,” Liguori told the crowd Monday at a Morgan Stanley  investor conference in San Francisco.

Tribune Media’s renewal with Nielsen comes about a month after the broadcaster surprised some in the industry by also agreeing to use Rentrak audience measurement data at its 42 TV stations — including for its TV Everywhere streaming efforts.

The former CNN news executive succeeds Katherine Green. As SVP of news, he wil be responsible for overseeing all news operations and production at the group’s 42 stations. He starts March 2.

Fox along with Tribune, Univision and Ion met with FCC Chairman Tom Wheeler, officially acknowledging their interest in selling spectrum in the FCC incentive auction next year by offering suggestions on how the auction should be conducted.

Fox along with Tribune, Univision and Ion met with FCC Chairman Tom Wheeler, officially acknowledging their interest in selling spectrum in the FCC incentive auction next year by offering suggestions on how the auction should be conducted. 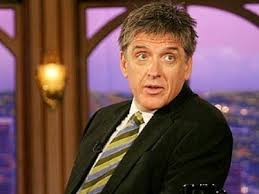 Talk isn’t cheap. Tribune Media needed, but apparently couldn’t get, Sinclair on board to clear and help pay for the new project for the former CBS Late Late Show host whose syndicated Celebrity Name Game just got renewed today for a second season.

Fox, Tribune Media, and Univision are among the founders of NewCoin, which aims to fix measurement deficiencies in local television markets. Dallas will be the beta test site.

Tribune Media CEO Peter Liguori: “We have crazy optionality with something like [selling spectrum],” he said. “We could sit here and line up six, seven, eight different options on how we can maximize that spectrum and really drive some shareholder value. Rest assured we look at it [the incentive auction] every day. We are active in the debate, we are monitoring the situation and we are sitting in a very good position.”

Tribune Media To Investors: Be Patient

Tribune Media execs told Wall Street today to expect lower profit margins in 2015 as the company spends to built its TV production operation and converts superstation WGN America into a basic cable channel. But they added — in a series of Investor Day presentations following its new listing on the New York Stock Exchange — that the company’s old financial model was unsustainable, and the new one should pay off handsomely.

In today’s earnings call with analysts, CEO Peter Liguori says over the next three-to-five years, it intends to turn WGN America into a “robust” cable network that includes 52 weeks of original programming encompassing four one-hour episode series such as the current Salem and Manhattan. He adds that “in general, we see over the top as a tremendous opportunity.  We look forward to discussions with new entrants willing to pay fair market value for our content.”

Retransmission consent fees led the increase, they were up 70% to $58.1 million. Political ad gains were offset by lower core ad revenue.

News app Watchup has raised $2.7 million in a new round of funding, led by Tribune Media and with participation from the McClatchy Co. Adriano Farano, Watchup’s co-founder and CEO, says the funding round signals a move to include more local video content in the app, which aggregates online videos that can be pieced together into customized newscasts for its users.

Tribune remains owner of Seattle’s Fox affiliate after Tribune agrees “to pay additional programming fees to Fox for the primetime and sports content provided by the network.” The new extension of KCPQ’s affiliation runs through July 2018.

The nationally syndicated talkers have been renewed for additional seasons in over 65% of the U.S. with broadcast station groups including Tribune, Sinclair and Hearst.

Attention TV producers: today’s probably a good day to pitch execs at Tribune on an ambitious series project, or two. Tribune Media is poised to realize a $424 million windfall from the sale of its interest in its joint venture with Gannett Co. that housed Cars.com and a handful of other Web properties.

Peter Liguori, who led the historic transformation of Tribune Co. and emerged as chief executive officer of the newly named Tribune Media, made close to $1.5 million in salary and close to $7.3 million in bonuses and other compensation for a total of $8,757,914, according to a filing posted Monday on the Securities and Exchange Commission website.

Tribune Media is in the process of completing and filing documents with the Securities and Exchange Commission in preparation for listing its stock on a major exchange. Speaking at an investor conference Thursday in New York, Tribune Media CEO Peter Liguori said listing the Chicago-based company’s stock on a major exchange will come “sooner than later.”

More Talk In The Works For Craig Ferguson

The exiting host of the Late Late Show is said to be working with Tribune Media on a 7 p.m. offering for 2015.