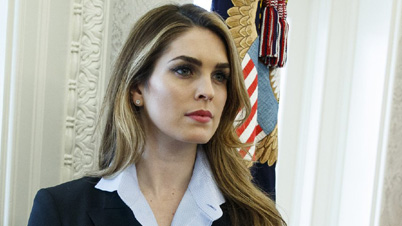 The departure of one of the president’s longest-serving advisers, who worked as a one-woman communications shop during his winning campaign, came as a surprise to most in the White House — and cast a pall over the West Wing at a tumultuous time. (AP Photo/Evan Vucci) 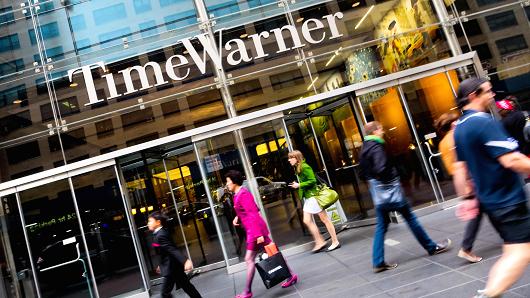 AT&T Inc. will try to dig into whether the White House influenced the Justice Department’s review of the company’s planned takeover of Time Warner Inc. if the government sues to block the deal, according to people familiar with the matter. In the event of a trial over the $85.4 billion deal, AT&T intends to seek court permission for access to communications between the White House and the Justice Department about the takeover, said the people, who asked not to be named because the deliberations are private.

Hope Hicks will be named the new White House communications director. President Trump has offered the job to Hicks and she has accepted the position, according to a White House insider. Hicks has been close by Trump’s side since the early days of the campaign and is one of his most trusted staffers. She has been serving on the press team in more of a behind-the-scenes role as the director of strategic communications.

The new White House press secretary is more understated than her predecessor, Sean Spicer, but she still speaks for a president at war with the media.

Anthony Scaramucci wants to tell his own story. Following his departure from the White House after less than 11 days as communications director, Scaramucci will be hosting an online event on Friday where he will address the American people directly. Scaramucci said this daytime event — which will be available on various live platforms with help from former Fox News co-president Bill Shine — will give him the opportunity to reach and communicate with the President’s base.

President Donald Trump has removed Anthony Scaramucci as communications director, a little more than a week after the former financier was named to the post, three White House officials said on Monday. The change came at the request of new chief of staff John Kelly, who started Monday, the officials said. It was not clear whether he would take on a new role after leaving the communications job, nor was it immediately clear who would take over the position.

New White House Communications Director Anthony Scaramucci has fast become one of the most powerful people in the West Wing, putting allies of White House chief of staff Reince Priebus on edge.

Anthony Scaramucci, the flashy financier President Trump hired to overhaul the White House communications operation, is exercising a broad mandate from the president and intends to follow through on threats to purge aides he believes are disloyal to Trump and leaking to the press, officials with knowledge of the fast-moving effort said Monday. 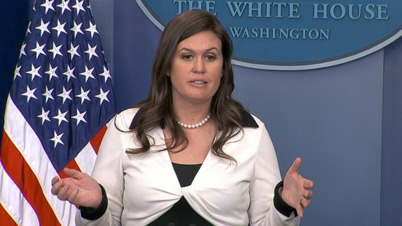 Sarah Huckabee Sanders is the new primary source for information about the future of the nation. Here’s what you need to know about her. 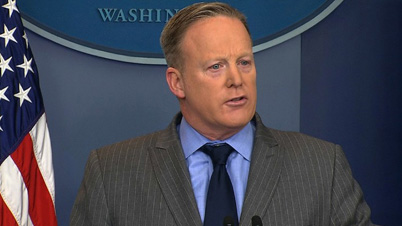 Spicer’s decision appears to be linked to the appointment of a new White House communications director, New York financier Anthony Scaramucci. People with knowledge of the decision spoke on condition of anonymity because they were not authorized to discuss the personnel matter publicly.

Anthony Scaramucci, a Wall Street financier and longtime supporter of President Donald Trump, has been engaged in talks to join the White House communications shop, two White House officials said. Scaramucci, who is a frequent TV surrogate for Trump, is liked by the president. Trump “thinks he is really good at making the case for him,” one of these people said. “He loves him on TV.”

The White House quickly took advantage Tuesday of the resignation of three CNN journalists over a retracted story about a Donald Trump Russian connection, with blistering presidential tweets and a media scolding at the afternoon press briefing. Conservative provocateur James O’Keefe piled on by releasing a video with a CNN producer caught on camera talking about the network’s Russia coverage being ratings-driven.

White House press secretary Sean Spicer is leading a search for his own replacement on the briefing room podium as part of a larger plan to shake up the White House communications operation, according to two people with knowledge of the effort. Last week, Spicer and Reince Priebus, White House chief of staff, reached out to Fox News contributor Laura Ingraham about the role of press secretary and Daily Mail editor David Martosko about the role of communications director, according to a White House official.

What’s the purpose of assembling 70 or so journalists (in a room that seats 49), and letting them ask questions that aren’t really answered? What’s the deal with not showing the White House’s public face to the public itself? Whose interest is served by this kind of non-exchange of non-information?

President Trump’s White House communications director, Mike Dubke, is leaving his position after just three months on the job, according to multiple reports. Dubke, who had been helping the Trump administration reorganize the White House press office, reportedly told Trump that he would stay on through the end of Trump’s first overseas trip, which ended last weekend. 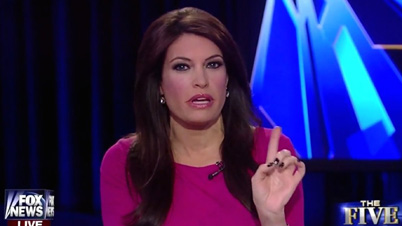 Kimberly Guilfoyle, the former first lady of San Francisco and current Fox News host, is in conversations with the Trump administration about becoming White House press secretary, she said in an exclusive interview. Guilfoyle said the idea of her taking the job or another press role in the White House has been “raised by a number of people” in the Trump administration, although she declined to go into specifics.

The rumor mill in Washington is working overtime on how long White House Press Secretary Sean Spicer will keep his job as the top spokesman of President Trump’s administration. The White House has been quick to push back against speculation that Spicer may be replaced but continues to battle reports that the president is considering a major staff shakeup and speculation that Trump is dissatisfied with Spicer’s performance.

Journalists and open-government advocates derided the Trump administration’s decision last week not to release visitor logs to the White House, in a break with policy established by the Obama administration.

Using Skype, the video-call app, the White House has extended the daily question-and-answer sessions for the first time to people in far-flung locales. The innovation, Press Secretary Sean Spicer said in an interview, “has been very successful bringing in additional reporters beyond the Beltway.” Except that many of the people who have occupied the “Skype seat” aren’t reporters at all.

Andrea Mitchell has covered seven White Houses. Then came Trump. “I’ve never seen anything like this.” The White House staff, she says, uses the briefing room as a daily disinformation machine and the president and secretary of state outright attempt to undermine the ability of reporters to do their job.

The White House is ramping up its search for a new communications director in an effort to lighten the load of embattled White House press secretary Sean Spicer, multiple sources told CNN. A source familiar with internal communications said President Donald Trump is disappointed in Spicer’s performance during the first two weeks of the administration. 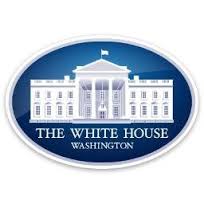 Now that Sean Spicer has been tapped for the job of President-elect Trump’s press secretary, Josh Earnest, the current man in the job, has a few tips for him. “Make sure you know where the president’s head’s at,” Earnest said, “because your ability to faithfully represent his point of view is critically important.”

Sinclair was the only broadcaster to be invited to the White House workshop, “Drones and the Future of Aviation.” The station group will promote drone safety through the “Know Before You Fly” campaign by broadcasting public service announcements on its stations.

White House To Meet With Journos On Transparency

RTDNA and more than 50 other journalism and open government organizations are working together to urge the Obama administration to loosen restrictions on public information. In a letter to the president, the groups again expressed the concerns they raised a year ago, over restrictions placed on White House staffers and their communication with journalists.

A press briefing Tuesday with White House press secretary Josh Earnest was interrupted shortly before 2 p.m. by a bomb threat that forced the evacuation of the briefing room. Reporters and photographers filed out, only to return around 2:45 p.m. after the Secret Service had swept the room. Once White House reporters were back in their seats, the questions to Earnest about evacuation protocol began. Jonathan Karl of ABC News had a very pointed question/allegation: “Hey Josh … who covered up the cameras in this room? ‘Cause the cameras were covered up or pointed down.”

The White House is removing a federal regulation that subjects its Office of Administration to the Freedom of Information Act, making official a policy under Presidents Bush and Obama to reject requests for records to that office. The White House said the cleanup of FOIA regulations is consistent with court rulings that hold that the office is not subject to the transparency law. The office handles, among other things, White House record-keeping duties like the archiving of emails.

3 Things Media Cos. Could Learn From White House

The White House said Monday a no-fly zone the U.S. government imposed over Ferguson, Mo., for nearly two weeks in August should not have restricted helicopters for news organizations that wanted to operate in the area to cover violent protests there.

A coalition of news organizations said Thursday that the White House limits on access raise constitutional concerns about infringement on First Amendment press freedoms and have “a direct and adverse impact on the public’s ability to independently monitor and see what its government is doing.”

Recent presidents have limited their use of the Oval Office address, increasingly opting for other modes of communication as cable and the Web compete for viewers’ attention.

The Obama administration would like to see greater protections for reporters who refuse to identify sources, even as officials faced anger over the seizure of Associated Press records. 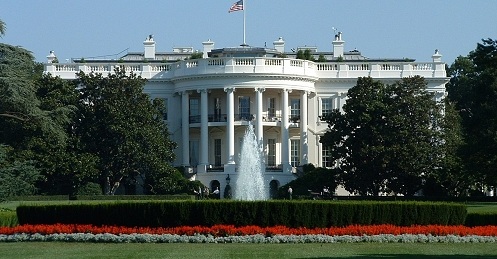 With more technology, and fewer resources at many media companies, the balance of power between the White House and press has tipped unmistakably toward the government. This is an arguably dangerous development, and one that the Obama White House — fluent in digital media and no fan of the mainstream press — has exploited. And future presidents from both parties will undoubtedly copy and expand on this approach.

TV Stations Get White House Access For A Day