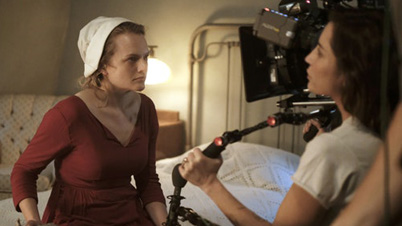 While Hollywood has a long way to go, there are more female directors in television. Last season 262 female directors worked in episodic TV, a 45% increase from the previous year, according to the Directors Guild of America. That’s roughly one in five of all the directors employed. Above, Emmy winner Reed Morano directs Elisabeth Moss in an episode of Hulu’s The Handmaid’s Tale. Nine of the show’s 10 episodes were directed by women.