Back to TVNewsCheck Home
TVN FOCUS ON JOURNALISM

Station groups say they will send fewer correspondents to August’s largely virtualized political conventions and centralize their reporting resources. At the same time, they see local coverage opportunities of the conventions expanding, largely down to use of the remote production technology they’ve already been mastering for months during the pandemic.

A solid business contingency plan gave Fox-owned WTTG and WDCA in Washington, D.C., a leg up in pivoting for the coronavirus pandemic. VP and GM Patrick Paolini says a priority now is staying on top of the news deluge while keeping staffers and advertisers calm amid the uncertainty.

New jobs posted to TVNewsCheck’s Media Job Center include an opening for a seasoned news producer at WTTG, the Fox O&O in Washington, D.C. WTTG’s studio is located in the Friendship Heights neighborhood, just a few miles from Chevy Chase and the Maryland state line.

The GM of Fox’s Washington duopoly is overseeing moves into podcasting and other new media, something he calls a survival necessity. “We’re competing with everyone, and for every dollar that we can get, so, to me, you have to have more places to monetize.” (Photo: Wendy Moger-Bross) 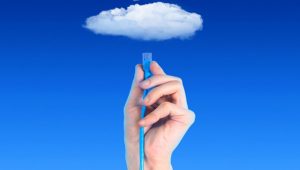 Patrick Paolini, VP and GM of Fox Television Stations’ WTTG Washington, will discuss local advertising, election coverage, the power of local content and his own punditry at TVNewsCheck’s NewsTECHForum.

Fox-owned WTTG Washington is alone among the major affiliate stations in the Nation’s Capital not airing live coverage of the impeachment hearings just across town. But there is more to the story. WTTG and co-owned WDCA VP GM Patrick Paolini took a quick break Friday (Nov. 15), in the midst of the station’s coverage of the day-two hearing, to talk about that decision and the Fox’ O&O’s larger coverage strategy.

Down To The Wire Holds ’Em In DC, Houston

While national numbers for this year’s World Series were down from 2018, there were at least two markets where lots of folks were glued to their sets right to the dramatic end on Wednesday night — Houston and Washington where the games were seen on Fox O&Os. Game 6 on KRIV Houston drew a 31.2 among adults 25-54, while on WTTG Washington it delivered an 18.2. Game 7 on KRIV got a 32.0, while on WTTG it drew a 24.9 (the market’s highest rated sports program in the last 12 months, excluding the Super Bowl).

While national number for the first two games of the World Series have been down from last year’s Fall Classic, there are at least two markets where lots of folks are glued to their sets — Houston and Washington. Game 1 Tuesday on Fox-owned KRIV Houston piled up a 27.1 among adults 25-54 (preliminary numbers), while Game 2 on Wednesday did a 22.0. Game 1 on Fox-owned WTTG Washington drew a 17.8 and Game 2 delivered a 17.2.

The opening is at the Fox-owned duopoly of WTTG-WDCA. This is a fast-paced, large market environment, and candidates should expect to do it all, from station image campaigns to topicals, from sales to digital.

Fox-owned WTTG Washington (DMA 6) today promoted Erin Como to host of Fox 5 Morning Weekends and Stacy Rusch has been named a traffic anchor, effective Oct. 1. Como succeeds Cori Coffin, who decided to leave WTTG after two years. For the past year, she has anchored Fox5 Morning Weekends. She has also reported on Fox5 […]

Fox-owned WTTG Washington (DMA 6) has hired Angie Goff to co-anchor the 5 at 4 p.m. weekday newscast with Blake McCoy beginning July 8 and serve as a co-host of Like It Or Not, weeknights at 7 p.m. In addition, she will contribute to various station newscasts and projects on all platforms. Most recently, Goff […]

The Paolini Perspective At WTTG

DC-Area People Are Mostly Happy With Local News, But Few Say They Pay For It

Fox-owned WTTG Washington will debut an hour-long 4 p.m. newscast this spring. With this addition, WTTG and co-owned WDCA will broadcast 13.5 hours of locally produced news and entertainment programming each weekday, and 78.5 hours each week, which, the stations say, is more than any other station in the market. In making the announcement, VP-GM […]

How often do we read about teachers using their own money to buy supplies for their students because of cash-strapped school systems? This is a great example of how TV station news operations can, and do, hold community leaders accountable.

A suspected intruder was shot trying to break into Fox O&O WTTG’s building in the Friendship Heights neighborhood in Washington, D.C., Monday. The station said all of its employees are safe following the incident.

Fox O&O WTTG Washington (DMA 6) has promoted Cori Coffin to weekend morning anchor. Effective immediately, she will anchor Fox 5 Morning from 7 to 9 a.m. alongside Tony Perkins on Saturday and Tom Fitzgerald on Sunday. Coffin has been a general assignment reporter at WTTG since October 2017. Previously, she was an anchor and […]

In addition to housing the Fox-MNT combo, the new building will be home to a 23-story office tower and will contain retail and residential space. GM Patrick Paolini (above) hosted the ceremonies.

Fox O&O WTTG Washington will introduce a new week in review news program, Like It or Not, on Friday, March 2. Like It or Not will debut as a six-week preview and will encompass news from the week in politics, entertainment and pop culture. The program will air Fridays at 10:30 p.m. and repeat Saturdays […]

Fox-owned WTTG Washington (DMA 6) airs Final Five with host Jim Lokay weeknights at 11:30. On Jan. 25 the show topped the latenight offerings on the other network affiliates among adults 25-54. According to the station, it garnered a 0.9 rating (more than 25,000 adults), compared to a 0.5 for The Tonight Show on WRC, […]

WTTG Investigation Is Local TV News At Its Best