New jobs posted to TVNewsCheck’s Media Job Center include an opening for an experienced marketing/creative services director at the Nexstar CBS-Fox duopoly in a top 25 market, Indianapolis.

New jobs posted to TVNewsCheck’s Media Job Center include openings at Sinclair and Nexstar stations for sales management in Las Vegas and Indianapolis, and a creative services director opening for Graham’s station in Roanoke, Va.

As many as a dozen employees at Fox affiliate WXIN and independent WTTV, including one on-air reporter, were laid off Wednesday, roughly three months after Nexstar Media Group acquired the stations as part of its $4.1 billion deal to buy Tribune Media.

‘Station Group Of The Year’ Has GM Openings

WXIN Takes Its Morning News On The Road

Picture Yourself In Indy As An Executive Producer

Tribune moves him from VP-GM at its KDAF Dallas to succeed Paul Rennie at the Fox-CBS duopoly in Indianapolis.

The last year has been a tumultuous one for TV broadcasters in the 27th market. One local media buyer called the current picture “utter chaos.” When CBS moved its affiliation from WISH to WTTV, the latter added another 24.5 hours of local TV news to the market mix. And to fill the CBS hole, WISH increased its local news offering 42%, to 64.5 hours per week. WRTV also added newscasts, upping its weekly amount to 40 hours. WXIN, already a local TV news heavyweight, broadcasts a whopping 66 hours per week while local ratings king WTHR airs 38.5.

Dispatch-owned NBC affiliate WTHR has nearly lapped the social local media competition in Indianapolis (DMA 27) with over 10.4 million social actions in the last six months according to Shareablee data. Ramping up video posts has helped widen the lead, but Tribune-owned WXIN still edges the station out on fans/followers with nearly 564,000 in this week’s Social Scorecard.

Sports To Give Tribune Huge Boost In Ind.

The addition of CBS on WTTV Indianapolis gives Tribune Broadcasting a rare one-two punch in the central Indiana market. WTTV and sister station WXIN, a Fox affiliate, can now deliver more sports to viewers than any other local broadcaster, by a wide margin. Those offerings could be used to raise revenue directly — especially if Tribune decides to sell ad packages across both stations — but also as a springboard to boost ratings and sell advertising across all its programs.

Beginning next season, all of the Colts pre-season games will be broadcast on either Tribune’s WXIN (Fox) or WTTV (CBS). In addition, Colts-produced programs such as The Coaches Show with Chuck Pagano and Colts Up Close will air on WXIN and WTTV.

A crew from the Indianapolis Fox affiliate was held at gunpoint and had its vehicle stolen Tuesday night while on location covering a prayer vigil for the victims of a recent shooting.

With the upcoming departure of the latenight syndicated talk show, at least five Tribune Broadcasting stations will fill the 11 p.m. slot with local news, and more may follow. It’s also an opportunity to experiment with formats in the hopes of winning over younger viewers, says new Tribune news chief Katherine Green.

The Indianapolis Fox affiliate will compete head-to-head with WTHR, WISH and WRTV. The new 11 o’clock broadcast will be anchored by Nicole Pence and will bring the station’s weekly news total to 66 hours per week.

Tribune Broadcasting’s Fox-CW duopoly of WXIN-WTTV Indianapolis (DMA 26), announced that Kristin Kane will be joining the stations as anchor of Fox59 Morning News beginning Dec. 9. Kane joins the stations from Central Florida News 13, the Bright House Networks 24-hour news operation in Orlando, Fla., where she is an anchor/reporter. Kane will co-anchor FOX59 Morning […]

Tribune taps the ND of its Grand Rapids, Mich., station to oversee news at its Indianapolis Fox affiliate.

Common Ground: Stopping School Violence includes four days of extended coverage followed by a n hour-long televised town hall meeting. The special reports will air nightly on Fox59 News at 10 this week, with in-depth stories on a variety of topics including gun control measures, mental illness, school security and even the idea of arming teachers.

Three of the market’s four news-producing stations are without news directors. Industry watchers, including those with particular interest in the country’s 26th largest market, say they don’t believe there is any mystery behind the rash of departures, chalking it up mostly to coincidence — and the intense competition for news leadership there.

More News Turns Out To Be Good News

With news volume at stations increasing overall, the most prolific news producing stations across the country, including many Fox O&Os and affiliates, are finding that making that major commitment — some with 60 hours a week or more — is bringing big benefits to both their bottom lines and brands while strengthening their ties to the community. Says WJBK Detroit News Director Dana Hahn: “For our viewers, it doesn’t matter what time you’re heading out to work or whether you’re sleeping late. We are going to be there for you.”

To produce the extra hour, the Tribune station is hiring five full-time employees, including two on-air positions. “Every time we’ve launched a new newscast, we’ve always said, ‘Let’s do this with more. Let’s do this right,’” says News Director Lee Rosenthal. The station is now airing a promo for the newscast, which is set to debut next Monday.

WXIN Story Led Murder Suspect To Give Up

The Indiana Metropolitan Police Department announced that they believe the Tribune Indianapolis Fox affiliate’s exclusive interview with a murder suspect’s brother led the suspect to turn himself in.

With the addition of Fox59 News @ Six, the Tribune Indianapolis Fox affil will produce 50 hours of live, local news Monday through Friday.

“Fox59 Day of Dedication: Tornado Relief” raised $236,598 yesterday for the victims and communities in Southern Indiana devastated by the tornadoes. Partnering with the Salvation Army, the phone lines were up and running Monday from 4:30 a.m. until 11 p.m. Donations also came online at fox59.com/help and via text messages. 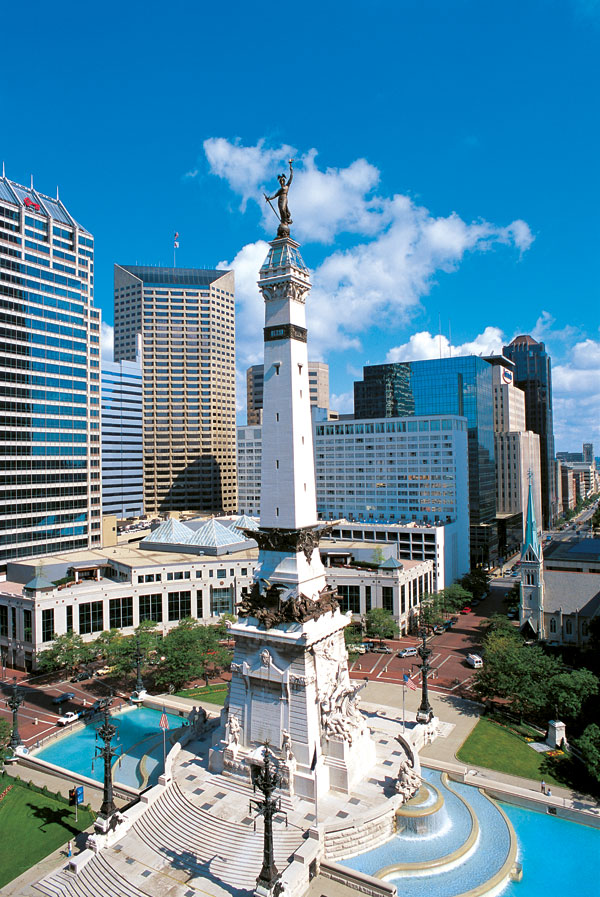 A concerted investment in social media and a new website have helped Dispatch Broadcast Group’s WTHR increase its audience and enhance its profile in the Indianapolis digital scene. Harder news reigns at the market’s online leader The Indianapolis Star, where computer assisted reporting is deepening content.