New TV jobs posted to TVNewsCheck’s Media Job Center include openings for account execs and an investigative MMJ in Florida, Michigan and Indiana at Scripps, Hearst and Weigel stations.

This week, Social Scorecard is in West Michigan’s largest city, Grand Rapids, just 30 miles east of Lake Michigan, to find out what WXMI is serving on Facebook to make it the most engaged. The secret ingredients are an appetite for food and short, easily digested videos.

The Tribune-owned Fox affiliate in Grand Rapids, Mich, has appointed Chris Legg to oversee the station’s sales team and revenue.

WXMI Cleans Up With ‘Maid For Moms Giveaway’

Meteorologist Rick Mecklenburg Out At WXMI

The Grand Rapics, Mich., Fox affiliate, whose slogan has been “at 10 it’s news, at 11 it’s history,” is changing its tune. WXMI on June 2 will launch an 11 p.m. news program seven days a week. 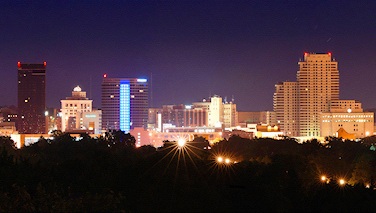 In Western Michigan, online engagement has long been part of the local media mission. And with local TV sites and statewide behemoth MLive.com — which represents Advance Publication’s area newspapers — all fighting for the market’s online audience, the battle often comes down to who is forging the most resonant connections with users.