Betty Ellen Berlamino will be responsible for all network distribution and affiliate relations at The CW as well as serve as the network’s primary liaison with its station groups and MVPDs. Affiliate marketing activities will be jointly managed by both Berlamino and Rick Haskins, president, streaming and chief brand officer.
By Mark K. MIller | February 3, 2020 | 4:30 p.m. ET. 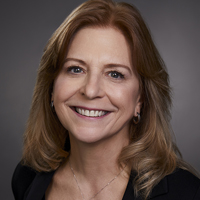 Berlamino will be responsible for all network distribution and affiliate relations at The CW as well as serve as the network’s primary liaison with its station groups and MVPDs. The CW’s affiliate marketing activities will be jointly managed by both Berlamino and Rick Haskins, president, streaming and chief brand officer.

“In an ever-evolving broadcast television distribution landscape, our partnerships with our affiliate stations continue to be critical to the success of our overall business strategy,” Pedowitz said. “Betty Ellen is the ideal executive to lead The CW’s distribution efforts as we look for new ways to grow and enhance our network distribution platforms. Betty Ellen’s industry knowledge, relationships and local media experience will make her an invaluable addition to The CW’s leadership team.”

Berlamino assumes her new role after having been SVP-director of sales, CBS Television Stations, since June 2015 where she was responsible for eight sales offices for the owned-and-operated station group.

Prior to that role, Berlamino spent three years as president-GM of CBS-owned WLNY New York where she led the integration of the previously privately held company into the CBS portfolio.

Before joining CBS, Berlamino spent 17 years with CW affiliate WPIX New York, including nearly 10 years as the station’s president-GM when she led all aspects of the station’s sales, marketing, programming, engineering, news, finance and human resource departments. While in this role, Berlamino also led the Tribune New York Foundation that worked to improve the vitality of cultural offerings in the community and enhance broadcasting and journalism throughout the tri-state area. During this time, Berlamino also led Care 4 Kids, a local, grass roots organization that was designed to raise money for local children’s charities.

A graduate of Syracuse University, with a Bachelor of Science in journalism, Berlamino began her career in local sales at KCOP in Los Angeles.