ONE Media's Jerald Fritz: "Using the great big IP data pipe that is a Next Gen TV channel, broadcasters will have the flexibility to provide traditional linear TV entertainment and informational programming to both fixed and mobile devices. Plus, they can use their channels for complementary 5G services."
By Jerald Fritz | January 21, 2019 | 6:10 a.m. ET. 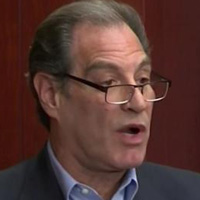 Here’s a prediction: Within 15 years, broadcasters will make as much money selling their bits for data distribution as they will for selling commercial ads in TV programs.

How’s that for an incentive for broadcasters to begin deploying Next Gen TV (ATSC 3.0) services?

Using the great big IP data pipe that is a Next Gen TV channel, broadcasters will have the flexibility to provide traditional linear TV entertainment and informational programming to both fixed and mobile devices. Plus, they can use their channels for complementary 5G services.

That’s right — 5G telecommunications services. Use cases for these new services include: offloading large data files (including video) needed by carriers to cache programming directly on user devices, dramatically improving efficient distribution of data to autonomous driving vehicles and facilitating near-instantaneous needs for IoT devices and telemedicine activities. These are the services that promise to clog the “last mile” to broadband devices without broadcasters’ help.

5G Defined — 5G is the next jump in mobile communications. It is designed to increase data rates dramatically, reduce latency, save energy, reduce costs, provide higher system capacity and lead to massive device connectivity. The problem is that there’s not enough current spectrum capacity or what is there isn’t being efficiently used. The tradeoff is much smaller cells versus new spectrum. The telecom providers are pursuing all avenues — reallocating other bands (i.e., the recent grab for broadcast spectrum), extending into unlicensed bands, and looking for technical efficiencies. One of those technical efficiencies is none other than our own ATSC 3.0 Next Gen TV standard.

Mature 5G networks will use a combination of spectrum bands including low, medium and high-band spectrum, which can transmit significantly more data than 4G, but are limited to much shorter distances. High-band 5G spectrum also has a shorter wavelength than spectrum used for 4G, making it extremely difficult (read, impossible in most cases) for these signals to penetrate solid objects such as walls and windows.

To overcome the distance and signal penetration challenges, 5G will require vast networks of small-cell sites located on a diverse array of real estate platforms, with the small-cells anchored by larger cell towers. Use of broadcast tall towers and single frequency networks can dramatically alleviate the challenges of small cell deployment by providing an efficient piece in the distribution chain.

Virtualizing the network so that data can be routed over the most appropriate or efficient path is part of what broadcasters can bring to the table.

Any telecom carrier with a need to lower its infrastructure build-out costs (i.e., every one of them) will be seeking efficient alternatives. That will include broadcast channels.

A Place For Broadcasters — As the wireless industry’s standard-setting organization, 3GPP, commenced its review of the future 5G wireless transmission standard, a clear requirement was to use the proven IT networking paradigms. The ATSC 3.0 standard was designed to be part of the 5G ecosystem.  Broadcasters using the Next Gen platform will use the same 3GPP system architecture design principles for innovation in the television broadcast industry.

This new broadcast-broadband convergence in a 5G world is also at the heart of the white paper recently prepared for the Society of Cable Telecommunications Engineers and International Society of Broadband Experts by Cable Labs. The paper explores the opportunity of new 5G core Release 16 to distribute data over wireless cable services.

A key take-away by the cable industry is that “non-3GPP access [e.g., broadcast channels transmitted using the ATSC 3.0 standard] can seamlessly connect to the 5G core.”  This engineering analysis is, of course, a precursor to the 10G service recently announced by the cable industry. Importantly, that release provides the clear path for broadcasters to be included in the 5G ecosystem.

The key for broadcasters is to internalize that we are in a whole different business. Our 5G offerings will be layered on top of free public-interest television. In the future, broadcasters will be able to provide an economical complement to the telecommunications network and realize the best value for the spectrum resource.

It’s all about extracting the maximum value for the broadcast bit. For example, $2 per gigabyte is the lowest commercial rate that Google pays for access to capacity in a unicast model. Using its licensed channel today, a broadcaster receives about 0.001¢ per gigabyte for leasing its D2, multicast capacity.

Moving one decimal point in the bit value that the broadcaster receives on just its ancillary-non-primary channels, yields a 10-fold increase in the revenue opportunity. The pricing advantage as between broadcasters and telecom carriers is, to say the least, “stark.” That is what’s called “found” money or more accurately — “created money.”

International Convergence Activity— And 5G participation by broadcasters not just a U.S. domestic phenomenon. Already India and Korea are beginning to forge the convergence path between broadcast and broadband.

The Indian telecom standards body, TSDSI, a 3GPP Organizational Partner, has already begun creating a global standard for this convergence based on ATSC 3.0. TSDSI has convened a dedicated Convergence Focus Group that includes broadcasters and content providers to determine the best way to maximize ubiquitous mobile coverage for rural and dense urban environments.

Using capabilities inherent in the Next Gen standard and deploying single frequency networks common throughout Europe, the Indian government is focusing intently on relieving network congestion using the 5G capabilities built into the ATSC 3.0 standard. This is the ultimate “complementary” network envisioned by the ATSC.

In Korea, the Electronics and Telecommunications Research Institute, the government-funded research entity, has demonstrated the remarkable integration of broadcast and broadband data distribution at its Jeju Island test facilities. Using ATSC 3.0 technology, this proof-of-performance highlights the long-sought, seamless convergence of data platforms. It provides the roadmap to 5G operations by U.S. carriers using broadcast channels.

And to emphasize the point that products and services are speeding to the market, Samsung’s subsidiary, Harman International, joined with SK Telecom and Sinclair in announcing the development and commercialization of broadcast technology powered by ATSC 3.0 for automotive use that will include in-vehicle entertainment, secure firmware updates, HD mapping updates and vehicle to everything management.

This is just the tip of the iceberg. Broadcasters, your opportunities await.

Jerald Fritz is executive vice president of ONE Media 3.0, a subsidiary of Sinclair Broadcast Group established to build and deploy the next-generation broadcast platform, enabling broadcasting to be competitive across all platforms.