Back to TVNewsCheck Home Print this page
DMA 24: PITTSBURGH 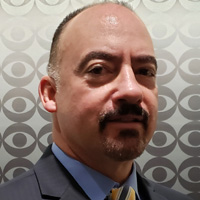 Cotugno is succeeding Jay Howell, who earlier this year was named president and general manager of the company’s local media properties in Los Angeles.

Cotugno has been with KDKA and WPCW for more than 17 years as the stations’ director of sales. His 22 years of experience in the Pittsburgh market also includes four years with WPGH-TV and WCWB-TV, where he held a number of sales management positions.

“Chris has for many years been a major contributor to our continuing success in Pittsburgh, so it gives us great pleasure to recognize his talent and leadership abilities with this promotion,” said Peter Dunn, president, CBS Television Stations. “We believe his deep roots in the market and strong relationships with clients, community partners and his colleagues will serve him well as he assumes responsibility for overseeing our legacy station in Pittsburgh and leading the expansion of our digital platforms.”

Prior to his work in local television, Cotugno served in the United States Air Force.