Back to TVNewsCheck Home Print this page
DMA 38: GREENVILLE, SC 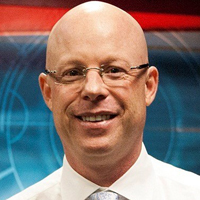 He began his career in television sales as a local account executive at KTVF Fairbanks, Alaska, in 1991 and moved up through the ranks selling locally and nationally as an account executive in both large and small markets. He held sales management positions including general sales manager of KTNV Las Vegas and director of sales at WKEF-WRGT Dayton, Ohio.