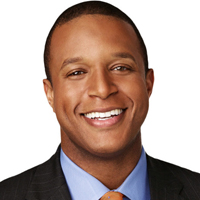 Sook has more than 38 years of professional experience in the broadcasting industry, covering all facets of the business. He founded Nexstar in 1996 with one local television station in Scranton, Pa., and began building the foundation of what is today one of the world’s leading local diversified media companies, with 174 stations reaching 100 markets and annual revenue in excess of $2.4 billion. The Nexstar team comprises more than 9,000 people across the United States. As one of the nation’s leading providers of local news, entertainment, sports, lifestyle and network programming, Nexstar produces and distributes more than 203,000 hours of local content per year across its television and digital platforms.

Craig Melvin, news anchor of NBC’s Today and MSNBC anchor, will host the evening, which will include a performance by Sugarland. The 2019 Golden Mike Award dinner and ceremony will be held on Wednesday, March 6, at the Plaza Hotel in New York City. The annual event is a major fundraiser for the Broadcasters Foundation of America, the only charity devoted exclusively to helping broadcasters in acute need.

Melvin is recognized for his reporting on topical issues. He’s covered a wide range of news events, including several Republican and Democratic National Conventions, two presidential inaugurations, tragic mass shootings in cities across America, the death of Muhammed Ali, the EgyptAir MS804 crash, the Oklahoma tornado, and police-involved shootings and subsequent protests in Baltimore and Ferguson. He contributed to NBC Sports’ coverage of the 2016 Olympics in Rio. Melvin has received two Emmy Awards and was named “Best Anchor” by the South Carolina Broadcaster’s Association. Since their inception in 2002, Sugarland has sold nearly 10 million albums domestically, earned seven No. 1 singles, and achieved multi-platinum and gold success with hits like All I Want to Do, Stay, Stuck Like Glue, Settlin’ and more. Their critical and mainstream appeal have been magnified with industry accolades – five consecutive CMA Awards, five ACM Awards and Grammy Awards for Best Country Performance by a Duo or Group with Vocals and Best Country Song for “Stay.” Sugarland’s performance is provided courtesy of Broadcast Music Inc.