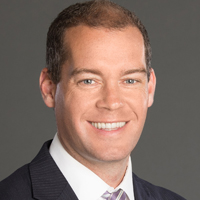 Tegna Inc. today appointed Dan Baylog, director of programming and research strategy at WKYC Cleveland and director of research at WVEC Norfolk, general manager of its ABC affiliate WZZM Grand Rapids, Mich. (DMA 49). Baylog replaces Janet Mason, who retired this month after more than 20 years at the station and over 40 years with Tegna.

He is a graduate of the Tegna Executive Leadership Program, an internal course of study that identifies and prepares talented Tegna employees to become general managers.

Prior to joining Tegna, Baylog has held positions of increasing responsibility in sales and research at Fox Television Stations and E.W. Scripps in Washington. He has also taught at Kent State University’s School of Journalism & Mass Communications.

A native of Parma, Ohio, Baylog holds a bachelor’s degree in communication from Ohio University and an MBA from the Robert H. Smith School of Business at the University of Maryland.