Back to TVNewsCheck Home Print this page
DMA 33: HARTFORD, CT

NBCU promotes the creative services VP of its Chicago duopoly to lead its NBC-Telemundo stations in Hartford, Conn.
By Mark K. Miller | May 9, 2019 | 4:08 p.m. ET. 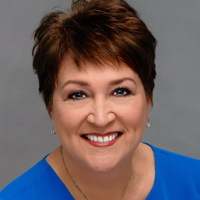 She will oversee all station operations including news, digital, sales, marketing/promotions, community affairs, and operations/technology. She will leave her role VP of creative services role at NBCU’s WMAQ-WSNS Chicago where she’s been since 2003. She will report to Valari Staab, president, NBCUniversal Owned Television Stations.

With a career in broadcasting that spans more than 30 years, Hannes has served in a variety of roles in creative services, media planning and research, news programming, and content development. She leaves the NBC/Telemundo Chicago stations after working there for more than 15 years. At WMAQ and WSNS, she spearheaded the rebrand and launch of the stations’ news, weather, community initiatives and joint-station efforts.

Prior to NBCUniversal, Hannes worked at former WPWR Chicago from 1995 to 2003, where she managed the station’s promotions department, including a team of professionals responsible for creating custom marketing campaigns and materials for the station and UPN affiliate. Hannes also oversaw the marketing department’s transition to WFLD in 2003.

Before this, she worked at The Oprah Winfrey Show as a promotion writer and producer. She launched her career at WPWR in 1987 and held numerous roles including promotion writer, producer, editor, and program assistant.

Hannes earned a bachelor’s degree in literature and communications from Benedictine University in Illinois.

Another example of a creative services director being named a general manager. Congrats, Diane.