Back to TVNewsCheck Home Print this page
DMA 14: DETROIT

Easterly In For Renda As WJBK VP-GM 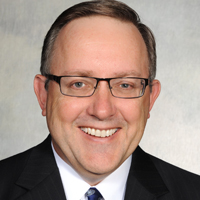 Greg Easterly on Thursday was named vice president and general manager of Fox-owned WJBK Detroit, following the announcement by current GM Mike Renda that he is retiring as of the end of June.

Most recently, Easterly was senior vice president of group operations for Tribune Media, where he was responsible for the leadership of 15 markets.

Before that, he was GM of WPIX New York, WGN Chicago and WJW Cleveland, responsible for all aspects of station operations. Prior to that, Easterly was VP of news at WJW.

“Greg has an impressive track record and we are happy to have him back,” said Fox Television Stations CEO Jack Abernethy. “He’s an strategic leader and we look forward to having his experience and passion at WJBK.”

Easterly’s career began with positions at various television stations in Texas and Oklahoma. A graduate of Abilene Christian University, Easterly earned a Bachelor of Arts degree in communications. 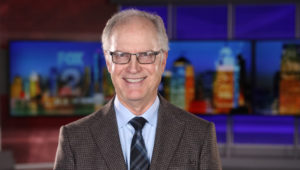 Renda began his broadcast career in radio at WOHO in Toledo, Ohio in 1977 as a local account executive and very shortly thereafter moved across the street to WTVG-TV in the same capacity. His next stop was Storer Television in Chicago as the national sales representative. Stints in New York and Cleveland followed with Renda becoming general sales manager at WJW in 1989.

After a five-year tenure as general sales manager at WLWT in Cincinnati, Renda returned to WJW, this time as VP and general manager. Renda served as WJW’s GM for 10 years before accepting a similar position at Fox’s WTXF Philadelphia in April 2007.

Chicago was next, with another VP-GM position at WFLD-WPWR, overseeing both the Fox and MyNetwork Television affiliates from September 2009 through January 2013.

“Mike is the only person at Fox who was a GM in four markets – Cleveland, Philly, Chicago and Detroit,” said Abernethy. “We appreciate his sacrifice of moving his family four times and all his contributions. We wish him nothing but the best.”

During a meeting this afternoon with members of the WJBK staff and Abernethy, Renda said: “I wanted each of you to know how grateful I am for all of your hard work and support for the past six years. I’ve been very fortunate to work at some great stations with Fox, but I have always appreciated the dedication to the Detroit community here at Fox 2.”