Back to TVNewsCheck Home Print this page
DMA 117: FARGO, ND

The NBC-CBS affiliate promotes its news director to fill the GM slot left vacant upon the death of Jim Wareham in December.
By Mark K. Miller | February 1, 2019 | 6:34 a.m. ET. 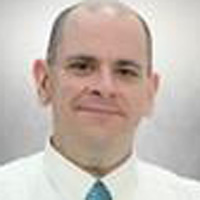 Gray Television appointed veteran news broadcaster Ike Walker as the general manager/news director of its NBC-CBS affiliate KVLY Fargo, N.D. (DMA 117). He has been the station’s news director since 2012 and succeeds former GM Jim Wareham who died on Dec. 14.

Gray said he is “uniquely qualified to take over in Fargo, because under his leadership, Valley News Live has become the dominant, No. 1 news leader for the eastern half of North Dakota. He is a highly respected leader with a clear vision for stations. His steady and strategic orientation will serve the Fargo market well.”