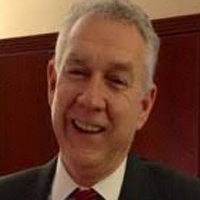 McCallister comes to WFXB from Norfolk, Va., where he managed WTVZ for the Sinclair Broadcast Group. He is a 20-plus-year broadcast veteran.

In making the announcement, Bahakel CEO Beverly Bahakel said: “We are thrilled to have someone of Jeff’s highly respected caliber lead WFXB. His wide range of broadcast skills and experience include production, sales and general management. All of which will make him an excellent asset to our station.

“Additionally, Jeff began his broadcast career in South Carolina and has deep ties to the greater Myrtle Beach area which heightens his desire to serve the community.”

In accepting the position, McCallister said: “I am excited to join the WFXB team and help build upon their success. WFXB is fortunate to have a really talented team and an ownership group that is committed to serving the viewers and advertisers in the Myrtle Beach-Florence- Lumberton DMA.”