Back to TVNewsCheck Home Print this page
DMA 122: BAKERSFIELD, CA 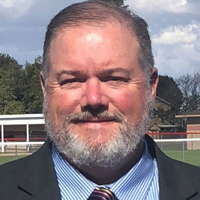 The E.W. Scripps Co. has hired Jim Doty as VP-GM and director of sales at its ABC affiliate KERO Bakersfield, Calif. (DMA 122), effective May 1. He succeeds Adam Chase who left the station in January.

Since 2014, Doty has been general manager of WJAC Johnstown, Pa., where he built a sales management team, opened a remote sales office and news bureau and led the station to become a leading digital producer in both product and revenue.

With 32 years in the advertising and media industries, Doty was previously general sales manager at KPTM-KXVO Omaha, Neb., and has held a number of sales leadership roles at stations in Champaign, Ill., and Memphis.

Doty earned a bachelor’s degree in political science from the University of Dayton.