Back to TVNewsCheck Home Print this page
DMA 27: RALEIGH, NC 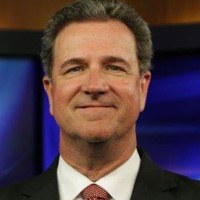 He assumes his new responsibilities immediately and will report to Doug Davis, senior vice president and regional manager for Nexstar Broadcasting.

Lewis brings more than 30 years of executive experience in broadcast television management, marketing and sales to his new role at Nexstar, serving most recently as VP-GM of Nexstar’s broadcast and digital operations in Greenville, N.C., where he oversaw WNCT (CBS), ENCT-TV (CW) and WNCT.com.

During his tenure in Greenville, Lewis and his sales team consistently grew WNCT’s broadcast and digital revenue. He launched a regional news and sales bureau in Jacksonville, N.C., extending WNCT’s reach with relevant daily news content and marketing solutions for Jacksonville businesses.

Lewis also led WNCT’s development of a new, two-hour weekend morning newscast and the expansion of the station’s weekday morning news by a half-hour.

“John’s vast experience as a broadcast and sales executive, coupled with his results-driven attitude and deep understanding of North Carolina make him the ideal person to lead WNCN-TV and CBS17.com,” said Davis.  “His leadership has produced exceptional results for Nexstar’s broadcast and digital operations at WNCT-TV in Greenville, and he has established a lengthy track record of success by expanding local content, developing innovative cross-platform solutions for advertisers and marketers and attracting new business.  I look forward to working with John as he takes on this new role for Nexstar in Raleigh.”

Prior to joining Nexstar, Lewis founded and was president of dbs Com., a sales management and acquisition firm in North Carolina that advised a wide variety of clients on the merger, acquisition, and sale of broadcast properties across the country.

Before founding dbs Com., Mr. Lewis was VP-GM of a cluster of television stations serving Eastern North Carolina from 2000 to 2002, including WXFI and WYDO. Prior to that, he held a series of positions of increasing responsibility in broadcast management and sales at television stations in Arkansas, Louisiana, and Mississippi.

Lewis attended the University of Southern Mississippi, where he studied paralegal services and business finance.