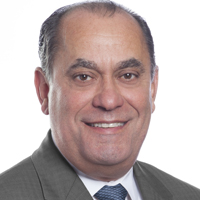 “Jorge is one of the most dedicated local broadcasters that I know. He believes in the power that local news can have on our communities and empowers the WSCV team to be relentless in their pursuit of journalistic excellence to help make a difference in our viewers’ lives,” said Staab. “As GM, he’s helped Telemundo 51 achieve unprecedented ratings milestones resulting in WSCV becoming one of the strongest stations in the country — in any language. I look forward to seeing what both teams will achieve together as this new era in South Florida broadcasting begins with Jorge at the helm of our Miami stations.”

Carballo’s career spans more than 30 years in Miami TV and radio newsrooms, including 26 years at WSCV in both sales and station management roles.

“It is an honor and a privilege to lead two great stations,” added Carballo. “The NBC 6 team is strong and its news brand is well respected. Together, both stations will be stronger.”