The television executive with a 40-plus year career has served as president and general manager of CBS Television Stations’ properties in Los Angeles since 2009.
By Mark K. Miller | April 19, 2019 | 1:59 p.m. ET. 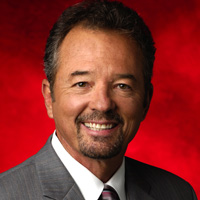 In 2018, Mauldin, celebrated his 70th birthday and 20th anniversary as a CBS Television Stations GM. Prior to overseeing the company’s Southern California properties, he was the GM of CBS-owned stations in the Dallas-Fort Worth market (while also overseeing stations in Austin and Oklahoma City), and Miami (while also having responsibility for a West Palm Beach station).

“Throughout his more than two decades with our station group, Steve has been a class act and done a terrific job of leading several large-market stations,” said Peter Dunn, President, CBS Television Stations. “From Florida to Texas and most recently Southern California, he has upgraded the overall performance of our stations everywhere he has been. His success is due in large part to assembling talented and experienced teams of employees who share his passion for the future of local media, which includes the upcoming launch of CBSN Los Angeles, a 24/7 direct-to-consumer service that will stream anchored news coverage and live breaking news events from the KCBS and KCAL newsroom.

“Steve’s legacy is also defined by his commitment to community service. In fact, one of his most significant contributions has been Stephanie’s Day, the annual resource fair for children with autism and other special needs and their families that Steve started in honor of his beautiful daughter Stephanie, who has autism. Since its beginning 20 years ago in Miami, Steve has expanded the outreach to include annual events in Dallas-Fort Worth and Los Angeles.”

Dunn concluded: “While we wish he would stay, we respect Steve’s desire to retire on his own terms when he’s still at the top of his game. We hope he, his wife Sheilah, their children and grandchildren enjoy this next chapter of their lives. We wish them our very best.”

“I will be forever grateful for the opportunity to spend more than two decades with CBS, working alongside so many incredible colleagues who are the best of the best, not only as professionals, but also as kind-hearted people,” Mauldin said. “As someone who got his first big opportunity to work in sales here in Los Angeles back in 1981, it has been a thrill to come back home and put an exclamation point on my career by leading our tremendous team here at CBS 2 and KCAL 9. I am very proud of what we have achieved during the past 10 years — both in terms of our business success and giving back to the communities we serve.

“I am thankful for the support I’ve always received from Peter and the other members of CBS’s senior leadership team. I look forward to working hard during the next several weeks to ensure I bow out on a high note, with our stations positioned for continued success on-air and also on the digital platforms that will be the key to our future growth. Once I pass the leadership baton next month, I look forward to spending more time with Sheilah, our children and grandchildren.”