Back to TVNewsCheck Home Print this page
DMA 111: LINCOLN, NE 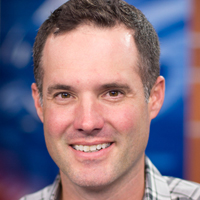 He will replace Roger Moody, who previously announced his retirement from KLKN, to be effective upon the completion of the station’s sale from Citadel Communications.

Deb McDermott, Standard Media CEO, said: “The Dant name should be familiar to the Lincoln broadcast community. Kern’s father, Steve, served as general manager of KLKN when it launched as Lincoln’s ABC affiliate in 1996. Now I am excited to bring this full circle and have Kern carry on the outstanding tradition of excellence established by his father and Roger. We are delighted that Roger will remain with KLKN in an advisory role through the transition.”

Dant, a 2001 graduate of the University of Nebraska, currently is general sales manager of NBC affiliate WMC Memphis.

Moody, who was inducted into the Nebraska Broadcasters Hall of Fame in 2018, worked in radio and television in Nebraska for more than 45 years. He joined KLKN in 1997 as general sales manager before being elevated to GM. He, too, is a Cornhusker with a degree in journalism and mass communications.

On May 16, 2019, Standard Media and Citadel jointly announced that they had reached an agreement pursuant to which Standard Media will acquire from Citadel KLKN and WLNE-TV, the ABC affiliate for the Providence, R.I.–New Bedford, Mass., market. That transaction is expected to close on or about Sept. 4.