Back to TVNewsCheck Home Print this page
DMA 117: FARGO, ND

Prior to his stint leading Gray’s NBC-CBS affiliate in Fargo, he was GM at stations in Michigan, Idaho and Georgia as well as a station manager in Pennsylvania.
By Mark K. Miller | December 18, 2018 | 3:21 p.m. ET. 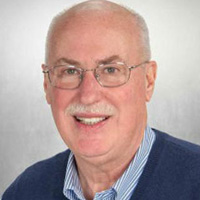 “Jim was an outstanding leader with an uncanny ability to empower those around him,” said Gray Senior Vice President Mike King. “He will be dearly missed by those he had the opportunity to lead and all of us in the greater Gray family.”

Wareham dedicated his life to local broadcasting, and “he made a positive contribution to every community in which he lived,” Gray said. “In 2011, when Jim arrived as general manager of KVLY 11 (NBC) and KX4 (CBS), the stations were a distant second and third in the ratings. For the past few years, due in large part to Jim’s leadership, Valley News Live has become the undisputed market leader,” Gray added.

Prior to Fargo, Wareham was general manager of KIDK (CBS) in Idaho Falls, Idaho; WLAJ (ABC) in Lansing, Mich.; and WTVM (ABC), in Columbus, Ga. He previously was station manager of WSEE (CBS) in Erie, Pa.

“The entire Gray family mourns the loss of Jim Wareham,” said Gray CEO Hilton Howell. “Jim was a great gentlemen and a passionate advocate for his local community. We will remember his contributions to Fargo and the many lives he touched during his long, distinguished career.”

He is survived by his wife, Candy, and his two sons, Mitchell and Phillip.