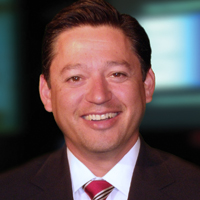 NAB President-CEO Gordon Smith announced today that NAB Chief Operating Officer Chris Ornelas will be leaving the organization Feb. 1 to become general counsel of Beasley Media Group, where he will oversee all legal matters for the multiplatform media company, including its 64 radio stations.

Ornelas joined NAB in May 2010 as executive vice president and chief strategy officer. He was promoted to chief operating officer in 2011. Prior to joining NAB, Ornelas served as Gordon Smith’s chief counsel on communications and technology policy during Smith’s tenure as a U.S. Senator from Oregon. Ornelas’s career also includes nearly a decade of communications law practice in the Washington offices of law firm Wilkinson Barker Knauer. 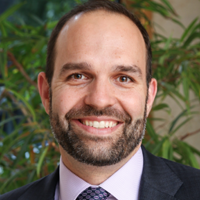 LeGeyt joined NAB in October 2011 as senior vice president and legislative counsel, and later took on the role of senior vice president, public policy. He was promoted to executive vice president, government relations in July 2015. Prior to joining NAB, LeGeyt served as senior counsel to then Senate Judiciary Committee chairman Patrick Leahy. LeGeyt also worked on antitrust litigation and merger reviews with the Howrey LLP law firm in Washington, and as a management consulting associate with Putnam Associates.

“I’m grateful for the remarkable accomplishments that NAB has made on behalf of our radio and TV members over the last decade, and Chris Ornelas and Curtis LeGeyt have been instrumental in that success,” said Smith. “I will miss Chris Ornelas’s wise counsel, good humor and strategic guidance of ‘Team NAB’ as our COO. He’s been a selfless servant, a trusted colleague and a loyal friend during my years on Capitol Hill and at NAB. I’m so proud that Chris has a new opportunity to shine even brighter as Beasley Media’s new general counsel.”

Smith called the promotion of LeGeyt as successor to Ornelas “a recognition of Curtis’s superb management skills, the victories that NAB Government Relations has delivered on Capitol Hill, and his dedication to the mission of NAB and local broadcasting. Given the respect and admiration that Curtis commands among his NAB colleagues and peers in Washington, I’m pleased to reward him with this promotion and am confident in this choice.” Smith said NAB “is fortunate to have a deep reserve of talent in all of our departments, as reflected by today’s announcement.”

In other NAB executive news, NAB senior vice presidents April Carty-Sipp, Shawn Donilon and Trish Johnson have each been promoted to the position of executive vice president in charge of respective departments.

Carty-Sipp was promoted to EVP of industry affairs, a division that includes education, membership and radio/television. She replaces Steve Newberry, who will be leaving NAB to become CEO of QUU, an auto dashboard technology company.

Carty-Sipp received numerous awards during her broadcast career, including six Mid-Atlantic Emmy Awards. She is a graduate of Rowan University with a B.A. in Communications, specializing in Radio/TV/Film.

Donilon was promoted to EVP of government relations, overseeing NAB advocacy efforts on Capitol Hill and at the White House. He replaces Curtis LeGeyt, who has been named NAB Chief Operating Officer. Donilon joined NAB’s advocacy team in March 2013 and has been integrally involved in developing and executing NAB’s strategy in a host of legislative fights during his tenure. These include passage of the recent STELAR bill, congressional opposition to a performance tax and Congress’s appropriation of $1 billion to fully reimburse broadcasters impacted by the spectrum repack.

Prior to joining NAB, Donilon was legislative director and counsel to Rep. Charles Bass of New Hampshire, a member of the House Energy & Commerce Committee. In that capacity, Donilon advised Bass on all issues, including TV incentive auction legislation and other media and technology issues. Donilon holds an undergraduate degree in Economics from Duke University and a J.D. from the University of Southern California.

“These promotions recognize three staff members who have contributed greatly to the success of NAB in recent years,” said NAB’s Smith. “As an organization, our goal is to promote from within those staffers who are team players and demonstrate a consistent commitment to excellence. April, Shawn and Trish are fully deserving of these promotions.”