Back to TVNewsCheck Home Print this page
DMAS 53 & 111

McDermott In The Station Game With WLNE, KLKN 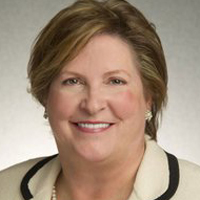 Operating under the banner of Standard Media, veteran broadcaster Deb McDermott has built the foundation of a new station group with the purchase of ABC affiliates WLNE Providence, R.I. (DMA 53), and KLKN Lincoln-Hastings, Neb. (DMA 111).

According to the McDermont, Standard Media is paying $83 million for the two ABC affiliates. She would not say what multiple she paid.

The seller is Citadel Communications, owned by Phil Lombardo, a longtime, small-market broadcaster and former NAB chairman who has been selling off his holdings. He bought WLNE out of receivership in 2011 for $5.8 million.

The new Standard Media is owned by McDermott, whom Kim tapped to run his broadcasting investments. Kim got to know McDermott when he acquired control of Young Broadcasting while McDermott was running it.

Kim does not have equity in this new Standard Media, but he — along with some banks and other private investors — are providing the financing for WLNE and KLKN and, possibly, for future acquisitions.

McDermott says she is in the market for more stations: “We are always working on something.”

In buying KLKN, she says, she is returning to her broadcasting roots. She spent her first seven years out of college working for the CBS affiliate in Lincoln, starting in promotion and PR and ending with management of “basically everything except sales.”

Lombardo said in a prepared statement: “It is gratifying to sell our remaining ABC stations to someone with whom I have enjoyed a long professional relationship, and who also has unique experience and insights in both markets. I am confident that our deal will serve as a catalyst for Standard Media’s plans to build a new, large station group.”