Nexstar Is The Star Of TV Station Groups

It comes out on top of TVNewsCheck-BIA Advisory Services’ annual list of the Top 30 groups ranked by revenue thanks to the failed Sinclair-Tribune merger, with Nexstar picking up the Tribune stations. And the spinoffs from that deal also boosted the rankings of Tegna and Scripps.
By Mark K. Miller | May 29, 2019 | 5:43 a.m. ET. 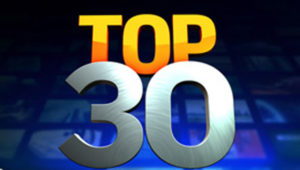 What a difference a year makes. In last year’s Top 30 Station Groups roundup — on June 6, 2018 — TVNewsCheck’s annual ranking by revenue of station owners had Sinclair Broadcast Group at No. 1, with by Fox, CBS, Comcast/NBC and Nexstar rounding out the top five.

This year, due mostly to the collapse of Sinclair’s proposed $3.9 billion deal to acquire Tribune Media, the landscape has been refigured. Nexstar, which swooped in to buy Tribune, is firmly atop the list, now followed by Sinclair, Tegna, Fox, CBS and NBCU.

In years past, the ranking was based on advertising revenue from broadcast and digital only. This year, it is based on ad revenue plus retrans revenue — total station revenue.

The figures are estimates provided through an exclusive arrangement with BIA Advisory Services, an investment and research firm based in Chantilly, Va.

Although the estimates are for 2018, the station groups are credited for revenue from all stations they own or operate plus any they have announced they are acquiring as of today (May 29), even if the deals have not yet closed.

So, instead of Sinclair getting the boost from acquiring Tribune as it did last year, Nexstar gets one, although it is months away from closing on the deal.

BIA tracks station group ownership and uses information from individual stations and markets, in addition to historical data, to generate its ad revenue estimates. Its retransmission consent estimates are not derived from stations, as they are generally not allowed to disclose these amounts. It arrives at those estimates by modeling publicly traded companies and checks all its estimates against whatever public information is available.

So, although the revenue estimates are not exact, they are close enough for ranking purposes.

The groups’ coverage figures and numbers of stations/markets were also provided by BIA.

In addition to Tribune shifting from Sinclair to Nexstar and the change in methodology, other deals affected the rankings.

Another casualty of the Sinclair-Tribune collapse was Standard Media, organized by Soo Kim to buy nine stations in seven markets that would have had to be spun off.

He got his former colleague Deborah McDermott to join him as CEO. That deal didn’t happen, but two weeks ago, McDermott and her new Standard Media, with Kim as mere lender rather than equity player, got into the station game, buying ABC affiliates WLND Providence, R.I., and KLKN Lincoln, Neb., from Phil Lombardo for $83 million.

Nexstar is paying $4.1 billion for Tribune. To fit the deal under FCC ownership limits and Justice Department regulations, Nexstar had to spin off stations, which went to — among others — Tegna (10 stations for $740 million) and E.W. Scripps (eight for $540 million), helping to move both groups up in this year’s ranking — Tegna from No. 6 to No. 3 and Scripps from No. 12 to No. 8.

A new force on the list is No. 12, Terrier Media, controlled by an Apollo Global Management private equity fund. It’s buying Cox Broadcasting (No. 13 on last year’s Top 30) for $3.1 billion, but that number will be reduced by the value of the still unspecified amount of equity that Cox will retain in the stations.

In the end, the Apollo fund will hold 77% of the Terrier equity, while Cox and Northwest Broadcasting, another station group Terrier is rolling up, will split the other 23%. Terrier said that it plans to keep current Cox management and be based in Atlanta.

No. 7 Gray Television moved up from the No. 11 spot last year, mostly as a result of its $3.6 billion purchase of Raycom Media (No. 9 last year) that closed at the beginning of this year. The deal resulted in nine spinoffs in overlap markets going to Tegna, Lockwood Broadcast Group and Scripps.

And speaking of Scripps, it bulked up its portfolio by paying $521 million to acquire 15 stations from Evening Post Industries’ Cordillera Communications (No. 18 last year). The FCC OK’d that deal in April.

Mark Fratrik, BIA SVP and chief economist, said one thing that struck him in looking over this year’s list is that there are a number of strong groups, especially in the top 11.

“It’s a healthy sign, the ability to acquire stations allows them to be stronger in this marketplace where they’re competing against these other groups, other media, other advertising platforms. In order to maintain that strong position in their local marketplace, they need to get more efficient and one of the ways of becoming more efficient is by acquiring more stations across many different markets.”

Also a positive sign, Fratrik noted, is that “there are still several smaller groups [with stations] in only a few markets, but they’re still strong competitors in those markets.

Note: BIA lists Cunningham Broadcasting and stations owned by Stephen Mumblow as distinct groups. But because they function essentially as subsidiaries — duopoly partners — of Sinclair, TVNewsCheck lumps their revenues together with Sinclair’s. The same holds true for Nexstar, which includes the revenue of Mission Broadcasting.

In the chart below, there are two columns for station coverage. The first, Total Coverage, gives full weight to the households in the market. The second, FCC Coverage, discounts 50% for UHF stations, as the FCC does.

Out of curiosity, who are the next few in line? I know Meredith has made their intention to sell their stations, and others may decide to do so in the next year.