Back to TVNewsCheck Home Print this page
DMA 28

The agreement with DuJuan McCoy’s new Circle City Broadcasting I marks the completion of Nexstar’s divestiture plan to secure approvals for its Tribune Media purchase. The total gross proceeds from the planned sale of the 21 stations being divested amounts to $1.36 billion.
By Mark K. Miller | April 8, 2019 | 7:43 a.m. ET. 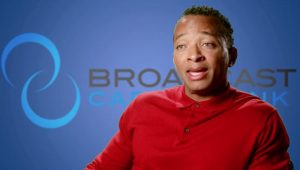 As Nexstar Media Group promised the FCC, it is selling its two stations in Indianapolis — WISH, the CW affiliate and WNDY, the MyNetworkTV affiliate — in the hope of gaining permission to keep a Top 4 duopoly in the same city it’s getting in its purchase of Tribune Media Group — WXIN (Fox) and WTTV (CBS). The FCC would have to specifically approve the transfer of that Fox-CBS pair.

Nexstar is selling WISH-WNDY to Circle City Broadcasting I Inc., a newly-formed minority-led broadcaster controlled and owned by DuJuan McCoy.

On Dec. 3, 2018, Nexstar and Tribune Media announced that they had entered into a definitive merger agreement whereby Nexstar will acquire all outstanding shares of Tribune Media. The recently announced definitive agreements for the station divestitures marks the completion of Nexstar’s divestiture plan to comply with the FCC local and national television ownership rules and to obtain FCC and Department of Justice approval of the proposed Nexstar / Tribune Media transaction.

The sale of the Indianapolis stations combined with Nexstar’s March 20 announcement of other station divestitures brings the total number of stations to be sold to 21 in 16 markets for aggregate gross proceeds of $1.36 billion. Nexstar said it intends to use the net proceeds from the divestitures to fund the Tribune acquisition and to reduce debt.

Reflecting the total anticipated net proceeds from the station divestitures, Nexstar estimates that the company’s net leverage at the closing of the transaction will approximate 5.1x.

The operation of the Indianapolis stations will be managed by McCoy, who has more than 30 years of experience in the local television industry and is also the owner, president and chief executive officer of station group Bayou City Broadcasting.

Perry Sook, chairman, president and CEO of Nexstar, said: “The proposed sale of two stations in Indianapolis marks another important step forward towards completing the Tribune Media transaction and the last piece of the divestiture component of Nexstar’s comprehensive regulatory compliance plan.

“We are delighted to be working again with DuJuan McCoy as the transaction announced today represents the third time that Nexstar has structured an agreement with Mr. McCoy which furthers the Federal Communications Commission’s goal of increasing television ownership diversity. Like TEGNA and Scripps, who are in aggregate acquiring 19 divestiture stations, Mr. McCoy is a seasoned broadcast professional and shares Nexstar’s commitment to supporting greater local programming and public service in the respective markets where we operate.

“Financially, the $1.36 billion of gross proceeds from the proposed station divestitures exceeds our initial estimate by approximately 36% and represents a melded multiple of approximately 10.6 times the aggregate two year average broadcast cash flow of the stations to be divested, while the cash flow to be divested, inclusive of the elimination of certain synergies, is less than those in our prior projections.

“As a result, our borrowings and leverage will be lower than anticipated at closing which collectively serves to reinforce our confidence that the Tribune transaction will result in approximately 46% growth in Nexstar’s average annual free cash flow in the 2018/2019 cycle to approximately $900 million, or approximately $19.50 per share.

“Nexstar has committed financing for the transaction and has made all required FCC and other regulatory applications, and subject to securing requisite approvals we continue to expect to complete the transaction late in the third quarter of 2019.”

BofA Merrill Lynch is acting as financial adviser and Kirkland & Ellis and Wiley Rein are acting as legal counsel to Nexstar Media on the proposed divestitures.

And some say that minorities don’t own TV stations this proves my point that they do Nexstar did that as well in there last merger with Media General a couple of years ago. I think WXIN & WTTV combo should be grandfather in and there is a lot voices in Indy when it comes to broadcasters.