Back to TVNewsCheck Home Print this page
DMA 38: SPARTANBURG, SC 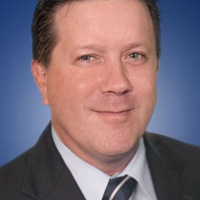 Lawrence will be moving from his current role as VP-GM of Nexstar’s Tri-Cities, Tenn., operations, WJHL (CBS), ABC Tri-Cities and WJHL.com. The appointment is effective immediately and Lawrence will report to Andrew Alford, SVP and regional manager of Nexstar Broadcasting.

Prior to his tenure in Tri-Cities, Lawrence was VP-GM of Nexstar’s broadcast and digital operations in Lafayette, La. — KLFY (CBS) and KLFY.com.

Throughout his 20-year career in local broadcasting, Lawrence has held positions of increasing responsibility at local television stations in a variety of markets across the country, including Los Angeles, Boston and Atlanta, where he partnered with local professional sports franchises to create innovative sports programming.

In Boston, he oversaw the development and marketing of Red Sox Friday Night Baseball, and in Atlanta, he handled the production and marketing of a full-slate of Falcons preseason football games. Lawrence’s prior experience crafting mutually beneficial relationships with both professional and collegiate sports programs will enable him to continue growing WSPA-TV’s valued partnerships with Clemson University and the Southern Conference, while also exploring relationships with other sports conferences in the southeast region.

Lawrence received a BA in English writing from the University of New Hampshire at Plymouth.