Back to TVNewsCheck Home Print this page
DMA 12: TAMPA, FL 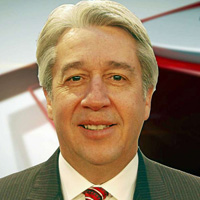 Nexstar Broadcasting has promoted Mark A. Higgins to vice president and general manager of its Tampa, Fla. (DMA 12) duopoly of WFLA (NBC) and WTTA (MyNetworkTV), as well as associated digital/mobile operations under wfla.com.

Higgins most recently was VP-GM of Nexstar’s WSPA-WYCW Spartanburg, S.C., TV and digital operations. He will assume his new responsibilities immediately and continue to report to Andrew Alford, SVP and regional manager of Nexstar Broadcasting.

During his tenure in Spartanburg, Higgins rebranded WSPA as “Carolina’s Family,” expanded local news to 60 hours a week, and developed multiple exclusive local community and sports partnerships. Under his leadership, WSPA became the flagship station of Clemson sports and the home of a weekly local broadcast coach’s show during the football and basketball seasons.

Over his 35-year career in local broadcasting, Higgins has led television stations in a variety of large markets, including Phoenix, Las Vegas, Orlando and Hartford-New Haven, Conn.

Higgins has longstanding ties to the Tampa Bay and Central Florida area, where he served as station manager and director of sales for WTVT Tampa and as President-GM of WOFL Orlando and WOGX Gainesville-Ocala.

He majored in business at the University of Arizona and continued his education at Cornell University.