Leslie Moonves, once the most powerful executive in the television industry, lost a $120 million payout Monday when the CBS board of directors concluded that there were grounds to fire him because of violations of network policy and his "willful failure" to cooperate with the investigation. The board cited a just-concluded report by outside investigators, but the network is not spelling out the details.
By David Bauder | December 19, 2018 | 5:56 a.m. ET. 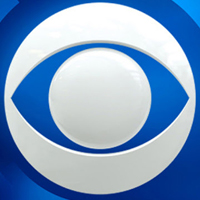 NEW YORK (AP) — CBS offered no indication Tuesday that it would publicly release the findings of the report that led the network to deny a $120 million exit package to Leslie Moonves, the chief executive who was dismissed for sexual misconduct.

Moonves, once the most powerful executive in the television industry, lost the payout Monday when the CBS board of directors concluded that there were grounds to fire him because of violations of network policy and his “willful failure” to cooperate with the investigation.

The board cited a just-concluded report by outside investigators, but the network is not spelling out the details.

Moonves, who built CBS into the nation’s most popular network, was ousted in September after several women accused him of sexual misconduct and retaliation if they resisted his advances. He has characterized his relationships as consensual and denied attempts to stonewall investigators.

The board was verbally briefed on the investigation. Portions of the report’s findings were leaked to The New York Times earlier this month. The network would not comment on the issue Tuesday.

Keeping such employment details private is standard business practice at most corporations, said Jennifer Drobac, an Indiana University professor and expert in employment law. But Moonves’ prominence, and the damage that his behavior may have done to the business, make it important to come clean in this instance, she said.

CBS may be concerned about provoking litigation, but it shouldn’t be a worry if the truth is on the network’s side, she said.

“It’s better for CBS to put it out there and own the problem, explain why it is no longer a problem and demonstrate how they took it seriously, so they can instill greater confidence in the new management,” Drobac said.

Lawyer Gloria Allred, who represents four of the women interviewed by investigators, also said the report should be made public. However, the names of the alleged victims and what they specifically accuse Moonves of doing should be left out unless those women specifically give their permission, she said.

Several months after “Today” show anchor Matt Lauer was fired for sexual misconduct, NBC publicly released the findings of its investigation, without identifying the people involved.

NBC was criticized for keeping the investigation in-house instead of turning to outside lawyers. An earlier internal report on false statements made on “NBC Nightly News” by former anchor Brian Williams was kept under wraps.

One expert in crisis communications argued that it was better for CBS not to release its complete findings on Moonves.

“You release the conclusion,” said Richard Levick, chairman and chief executive of Levick International. “You do not release the report.”

He said it would send the wrong signal for people who spoke to investigators with the expectation of anonymity if details they provided were made public.

“It’s not only about the accused in situations like this but the accusers who wish to preserve their identity,” Levick said.

CBS hired lawyers Mary Jo White, a former U.S. attorney, and Nancy Kestenbaum to conduct the inquiry. Investigators were also looking into conduct at “60 Minutes,” where former Executive Producer Jeff Fager was recently fired for a threatening note sent to another CBS reporter looking into accusations that he had acted inappropriately at some parties and protected bad behavior by others.

The Times said earlier this month that it had reviewed a copy of the report and outlined several specific accusations, including that Moonves had a CBS employee “on call” to perform oral sex. Moonves told investigators it was consensual, the report said.

Investigators said they found Moonves had “deliberately lied about and minimized the extent of his sexual misconduct,” the newspaper quoted the report as saying.

Indiana’s Drobac said that the leak is another argument in favor of releasing the full report publicly, since the nature of how the information came out lends doubt to both the conclusions and Moonves’ response.

The network revamped its board of directors following Moonves’ ouster and last week said that it was donating to women’s advocacy groups $20 million that had been set aside for Moonves’ severance.

Despite the apparent decision to keep the report private, the board did offer some insight into its findings. CBS said Monday that investigators had concluded that harassment and retaliation are not pervasive at CBS, but that the company had not placed a high priority on preventing such behavior. Investigators found other instances where top people in the company had not been held accountable for their behavior.

The network said it had recently appointed a new “chief people officer” responsible for improving the workplace environment.