The C-Band Alliance’s voluntary, market-based plan to clear 200 MHz for 5G wireless while fully protecting the TV and other current C-band customers. This should be a “no brainer” — private companies using their own capital to clear voluntarily the mid-band spectrum necessary to bring 5G to all Americans and to stay even with China in the race to 5G while protecting existing customers.
By Preston Padden | February 4, 2019 | 8:28 a.m. ET. 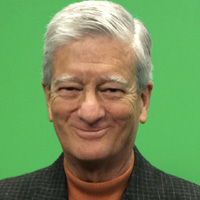 China and the U.S. are locked in a battle to lead the next revolution in wireless communication called 5G.

To deploy 5G across America beyond the biggest cities will require mid-band spectrum, which enables signals that propagate well and can carry lots of data. China, South Korea, Japan, Australia and much of Europe have allocated mid-band for their wireless carriers. Three of America’s national carriers have no mid-band.

There is no unused mid-band spectrum sitting on the shelf for the FCC to allocate. One desirable block of mid-band spectrum is the 500 MHz “C-band.” Today’s satellite carriers paid billions of dollars for this spectrum and use it to distribute vital television programming, audio and data to more than 100 million households.

The C-band satellite carriers formed the C-Band Alliance (CBA) and have offered a voluntary, market-based plan to clear 200 MHz for 5G wireless while fully protecting the television and other current C-band customers.

Those new satellites will enable the carriers to have customer serving capacity in 300 MHz comparable to what they have today in 500 MHz. The clearing proceeds also provide the economic incentive for the satellite carriers to purchase and install filters in perhaps as many 100,000 satellite dishes. The filters will fully protect service currently provided to C-band customers.

The CBA plan is the only plan that protects the TV programming and other C-band customers. The CBA carriers have designed transition plans that guarantee a dedicated transponder “home” for every TV programmer.

And CBA will pay the costs of the transition, including the filters and the labor to install them, for every affected programmer customer and for the customers’ customers. For example, CBA will cover transition costs for their broadcasting and cable networks and for the local broadcasters and cable systems that are their customers.

Even in the special interest swamp of Washington, this should be a “no brainer” — private companies using their own capital to clear voluntarily the mid-band spectrum necessary to bring 5G to all Americans and to stay even with China in the race to 5G while protecting existing customers. But special interests converge on the FCC proposing delay and “command and control” government compulsion.

And T-MO proposes that the FCC force the satellite carriers to give up at least 300 MHz of spectrum at government-set prices eliminating the incentive to order more satellites. The T-MO plan would delay 5G in America for years and would evict many television programmers from C-band distribution — two politically unacceptable results.

For an incentive auction to work, all C-band carriers would need to agree to voluntarily participate in the auction and accept the price offered. The odds of that happening are essentially zero.

T-MO is not alone in obstructing the CBA plan. Most consumers have access to only one high speed broadband provider — cable. The 5G wireless networks that would be enabled by the CBA plan will provide consumers with a competitive choice.

Naturally, the cable companies would like to delay that competition as long as possible. They argue that it is wrong for the satellite carriers to keep the proceeds from clearing the spectrum. But the CBA plan is consistent with a long line of FCC precedents approving secondary market transactions to repurpose.

Prior FCC decisions have approved private market transfers of spectrum involving companies like Dish, XO Holdings, Straight Path, Spectrum Co. and Fiber Tower. In one of those precedents, the cable companies themselves transfered spectrum to Verizon and kept the billions of dollars in proceeds.

The CBA plan is by far the surest and fastest way to get mid-band spectrum into the marketplace to bring 5G to all Americans. not just those in major urban areas.

And, CBA is committed to fully protecting existing C-band customers, including television programmers, and to carving off a block of spectrum for smaller rural carriers. In written comments at the FCC, the CBA plan is supported by a broad cross-section of interests.

China, Japan, South Korea, much of Europe and Australia all are moving forward with mid-band 5G deployment. The time to approve the CBA plan is now.

Preston Padden is EVP of advocacy for the C-Band Alliance.