Back to TVNewsCheck Home Print this page
DMAS 88 & 154 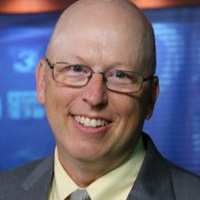 Quincy Media has appointed new general managers at two of its stations.

In addition to his general manager duties, Grisham will also oversee sales operations at WSIL.

He comes to southern Illinois from St. Louis where he served as director of sales for KSDK, overseeing more than 30 sales, production and administrative employees.

Prior to his time in St. Louis, Grisham was VP-general sales manager for McKinnon Broadcasting in San Diego, managing sales for KUSI, San Diego Home/Garden Lifestyles magazine and their digital platforms.

Grisham is a former weather officer with the United States Air Force and began his broadcasting career as an announcer and weather anchor in Oklahoma and Nebraska. Grisham is a native of Granite City and has been married to his wife Naomi, a community college counselor and fellow Creighton University alum, for 26 years. 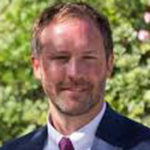 Caldwell comes to Rochester from Knoxville, Tenn., where he was VP-GM of WTNZ. In addition to WTNZ, Caldwell previously worked in management and sales with WATE, WESH, WOFL and WNAB in the Knoxville, Orlando, and Nashville, respectively.