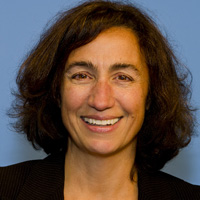 LaSpina received her Bachelor of Science degree in human resources from the University of Scranton in Pennsylvania and completed an executive education program at Dartmouth College’s Tuck School of Business.