Back to TVNewsCheck Home Print this page
DMA 31: SAN ANTONIO 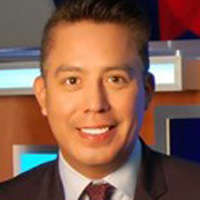 In his new role, Sarabia will be responsible for leading all station operations including news/digital, sales, marketing/promotions, human resources, community affairs, and technology/operations. His first day at KVDA is today. He leaves his role as VP of sales for Telemundo’s KTMD Houston. Sarabia will report to Manuel Martinez, president of the Telemundo Station Group.

Sarabia joins KVDA after leading KTMD’s sales operations since 2013. Prior to his success in Houston, Sarabia held various station manager and sales leadership roles at television stations in San Antonio and Houston. Before joining KTMD and NBCUniversal, Sarabia was VP-GM of Azteca America’s KYAZ Houston, KVDF San Antonio and KADF Austin from 2011 to 2013.

He also held numerous roles with increasing responsibility, including general sales manager, at San Antonio stations KWEX and KNIC from 2002 to 2011. He launched his career in broadcasting at KSAT Houston in 2000.

Sarabia earned a bachelor’s degree in business administration from the University of Texas at San Antonio. He will be relocating to San Antonio.