The Dispatch Broadcast Group executive will make the move once the sale of its stations to Tegna closes. He will be succeeded as president-GM of WTHR Indianapolis by Michael Brouder.
By Mark K. Miller | August 5, 2019 | 3:01 p.m. ET. 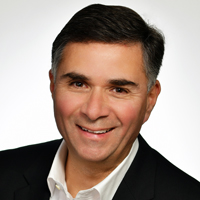 A veteran executive with 35 years of experience in television and more than 20 years as a station president or general manager, Delia will oversee a portfolio of stations at Tegna, including WTHR and WBNS.

As president of Dispatch Broadcast Group since 2016, Delia has led the broadcast division, including station strategy and operations and network affiliation, over-the-top and retransmission consent agreements. After beginning his career with ABC Television Network, Delia spent 10 years at WTIC Hartford, Conn., before serving as general manager for stations in Burlington, Vt.; New Orleans; Harrisburg, Pa.; and Indianapolis.

“With more than three decades of broadcast experience, Larry brings a wealth of industry and operational expertise to Tegna,” said Lynn Beall, Tegna EVP-COO for media operations. “Larry’s vision and leadership will be a great asset as we continue to grow, and we are excited to welcome him to the team.”

A native of Long Island, N.Y., Delia holds a bachelor’s degree in communications from the University of Massachusetts at Amherst. He serves on the boards of numerous industry associations and charitable organizations. He will be based in Tysons, Va. 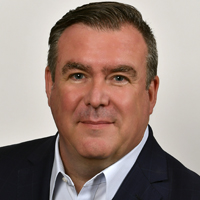 The company also named Michael Brouder, currently director of marketing and creative services at WTHR, as president-GM of WTHR effective upon the closing of the acquisition from Dispatch Broadcast Group. Brouder is an award-winning, veteran broadcast professional with more than 25 years of proven work in on-air promotion, brand development and off-channel marketing for television.

“We are delighted that Michael will be stepping into the role of general manager and president to lead the talented team at WTHR,” added Beall. “Michael’s proven track record, collaborative style and experience working with advertising sales, digital content, news and production, along with his deep connections in Indianapolis, make him an excellent choice to build on the station’s success into the future.”