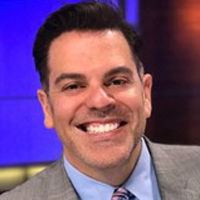 In this role, Suárez will be responsible for leading all station operations including news/digital, sales, marketing/promotions, human resources, community affairs, and technology/operations. Suárez’s first day in his new role will be April 29.

He will continue to report to Manuel Martinez, president of the Telemundo Station Group. Suárez leaves his role as president-GM of Telemundo’s KVDA San Antonio, Texas.

“José’s experience at Telemundo 60 makes him the perfect choice to help us lead our teams in Fresno, Sacramento and Salt Lake City,” said Martinez. “In the past 36 months, he’s helped to transform the station into a multiplatform local news operation and strong local business by fostering a work culture of teamwork and innovation. I look forward to seeing the new milestones José and our teams in California and Utah will accomplish together.”

Suárez has more than 20 years of experience in the local broadcast industry. As president-GM of KVDA since 2016, Suárez has led the most rapid and significant period of growth the station has experienced since KVDA first signed on the air 30 years ago, according to Telemundo.

Suárez has led the expansion of the station’s digital/mobile platforms and launch of new local weekday and weekend newscasts. He’s also reinvigorated the newsroom by hiring journalists and staff to support the boost in news, and instilling a culture of enterprise journalism. In addition, Suárez managed the renovation of the station’s news facility.

“I’m excited to take on this new opportunity and look forward to helping maximize the growth potential for our stations in Fresno, Sacramento and Salt Lake City, at a time where demand for local news from Spanish-speaking audiences is increasingly growing,” added Suárez. “I’m extremely proud of our KVDA team and all the accomplishments we’ve achieved to better serve our South Texas communities.”

Before his success at KVDA, Suárez worked at WTVJ and WSCV in South Florida for 10 years and held various roles with increasing responsibility including director of creative services and local programming, executive producer for WTVJ’s local weekday entertainment show 6 in The Mix and the station’s local weekday newscasts.

Before joining NBCUniversal, Suárez worked at television stations all across the country including WSFL Miami, WUPW Toledo, Ohio, and KSAN San Angelo, Texas.

Earlier this year, the NBCUniversal Owned Television Stations division that includes the Telemundo Station Group announced that it had completed its acquisition of a group of full-power, Class A and low-power television stations serving the Sacramento and Salt Lake City markets from Serestar Communications, and that the joint sales and time brokerage agreement that allowed Serestar to operate KNSO, the Telemundo-owned station in the Fresno market, and KEJT-CD, the Class A station in Salt Lake City, had terminated.  NBCUniversal Owned Television Stations now operates the stations.