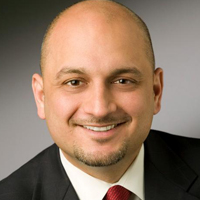 In this role, Mokhtari will oversee all operations of both stations including news, digital, sales, marketing/promotions, community affairs and operations/technology.

He will leave KNBC Los Angeles, where he’s led the station’s newsroom as VP of news since 2012. He will report to Valari Staab, president, NBCUniversal Owned Television Stations.

“Todd is well respected by his colleagues and peers and has done an exceptional job at KNBC. He’s spearheaded a complete restructuring of the station’s news operations which has resulted in KNBC’s local news ranking No. 1 and No. 2 in the market among its key audiences,” added Staab. “His extensive familiarity with West Coast audiences, including communities up and down the California coast, will help to strengthen our already strong NBC and Telemundo San Diego teams.”

“I’m very excited to take on this great opportunity. It is a privilege to cover the communities we live in day to day,” Mokhtari said. “NBC 7 and Telemundo 20 are outstanding news organizations. From covering the effects that smoke from local wild fires may have in our communities to our KNSD and KUAN investigative teams uncovering federal agencies’ questionable practices at our southern U.S. border, I am proud to lead our San Diego stations and the important work they do to strengthen the communities we call home.”

Prior to KNBC, Mokhtari worked at KIRO Seattle as news director from 2007 to 2012. During his time there, he enhanced the station’s social team and helped to elevate the station to the No. 1 market position for engagement on all social platforms.

Before that, he worked at KNBC for a year as managing editor and as assistant news director for KNTV San Francisco from 2002 to 2006.

Earlier in his career, Mokhtari was news director at KCPQ Seattle and led the launch of the station’s news operations and negotiated key local sports programming partnerships.

Mokhtari launched his career in local broadcasting as an intern at KCRA Sacramento, Calif., and held various roles with increasing responsibility including Newscast Producer.

Mokhtari earned a bachelor’s degree in political science and rhetoric communications from University of California, Davis.