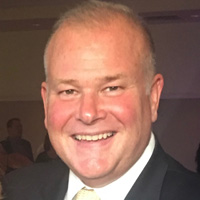 In making the announcement, Burke said: “Tom’s decades of expertise and extensive knowledge of the marketplace made him a natural fit and the ideal executive to lead FSS and execute our advertising strategy.”

Previously, Fleming was the VP in charge of managing the sales team for Fox Television Stations.

Earlier in his career, he was an account executive and team sales manager for Petry Television.

A graduate of Connecticut College, Fleming holds a Bachelor of Arts degree in political science.