Back to TVNewsCheck Home Print this page
DMA 65: TUCSON, AZ 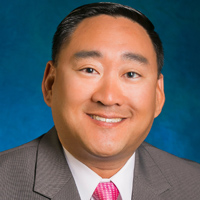 White has more than 20 years of experience in news, sales and station management. Most recently, he was the general manager of KGWN, KSTF and KNEP in Cheyenne, Wyo.

“Tregg is a seasoned broadcast leader whose experience leading teams across both sales and news divisions will help drive continued growth for KGUN and KWBA,” said Scripps Local Media President Brian Lawlor. “We know he’ll be a tremendous asset to the company and to the Tucson community, and we welcome Tregg to Scripps.”

Having launched his career as a reporter and weekend anchor in North Platte, Neb., White also previously was station manager at Northern Colorado 5 in Fort Collins, Colo., news director at KGWN Cheyenne, Wyo., and executive producer at KOLN Lincoln, Neb.