Abby Auerbach, the trade group’s EVP and chief communications officer, has played a fundamental and pioneering role in the decades-long effort to streamline the process of buying and selling local television advertising.
By TVN Staff | January 22, 2019 | 5:56 a.m. ET. 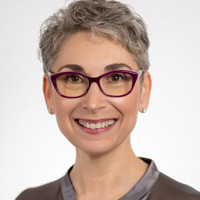 TVNewsCheck will present one of its first Women in Technology Futurist Awards to Abby Auerbach, executive vice president and chief communications officer of the Television Bureau of Advertising.

Auerbach has played a fundamental and pioneering role in the decades-long effort to streamline the process of buying and selling local television advertising. In the 1990s, she worked with technology committees trying to develop electronic data interchange (EDI) platforms to facilitate transactions between local advertising buyers and sellers.

She then played a leadership role in developing ePort, an industry portal that today electronically relays billions of dollars annually in orders and invoices for local ad trading partners.

Today, Auerbach has been leading the way again, shepherding development of the TV Interface Practices Initiative (TIP), a drive to connect automated buy/sell and traffic/billing platforms via APIs.

“There are few more frustrating yet fascinating stories than the 20-plus year campaign to bring order and efficiency to the business of buying and selling local ad time,” said TVNewsCheck Co-founder and Publisher Kathy Haley. “Abby Auerbach has been leading the charge virtually from the beginning, not just as a visionary but as a tireless advocate, who, if TIP succeeds, will finally see the results of her work in a vastly more efficient and effective local advertising marketplace.”

Auerbach joined TVB as its executive vice president in 2000 following a career that began at Ogilvy & Mather in 1983, culminating in her role there as senior partner, director of local TV and radio.

At TVB, her roles include directing the organization’s advocacy, communications, conferences and web services, along with spearheading its eBusiness directive and its advocacy efforts for automated TV and the TIP open API initiative.

The inaugural Women in Technology Futurist Awards will be presented at TVNewsCheck’s ninth annual Women in Technology Leadership Awards ceremony and reception. It recognizes women who have pioneered new technologies or who, although not working in the sciences, have significantly influenced the development of media industry technology.

The award supports the National Association of Broadcasters Education Foundation’s Technology Apprenticeship Program, which places young engineers, who are women or people of color, in broadcast industry internships.

The Futurist Awards will be presented along with the annual Women in Technology Leadership Award — to Tish Graham of the ABC Owned Television Stations Group — recognizing women who have substantially influenced the development of media industry technology.