Back to TVNewsCheck Home Print this page
DMA 37: CINCINNATI 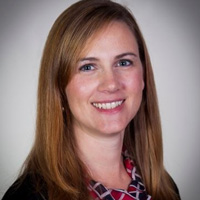 “Since coming to Cincinnati, Julie has worked tirelessly in a number of management roles leading our sales team and working side-by-side with Mark to achieve our television and digital revenue goals,” said WLWT President-GM Branden Frantz. “Having directly worked with and watched Julie’s leadership qualities develop and grow, this was an easy decision. She has managed to a high standard of integrity, character, honesty and fairness, while delivering impactful results for our clients,” he added.

Gossard is a graduate of Wright State University in Dayton, Ohio, where she earned a Bachelor of Business Administration. She was selected to attend the Hearst Management Institute class of 2019.